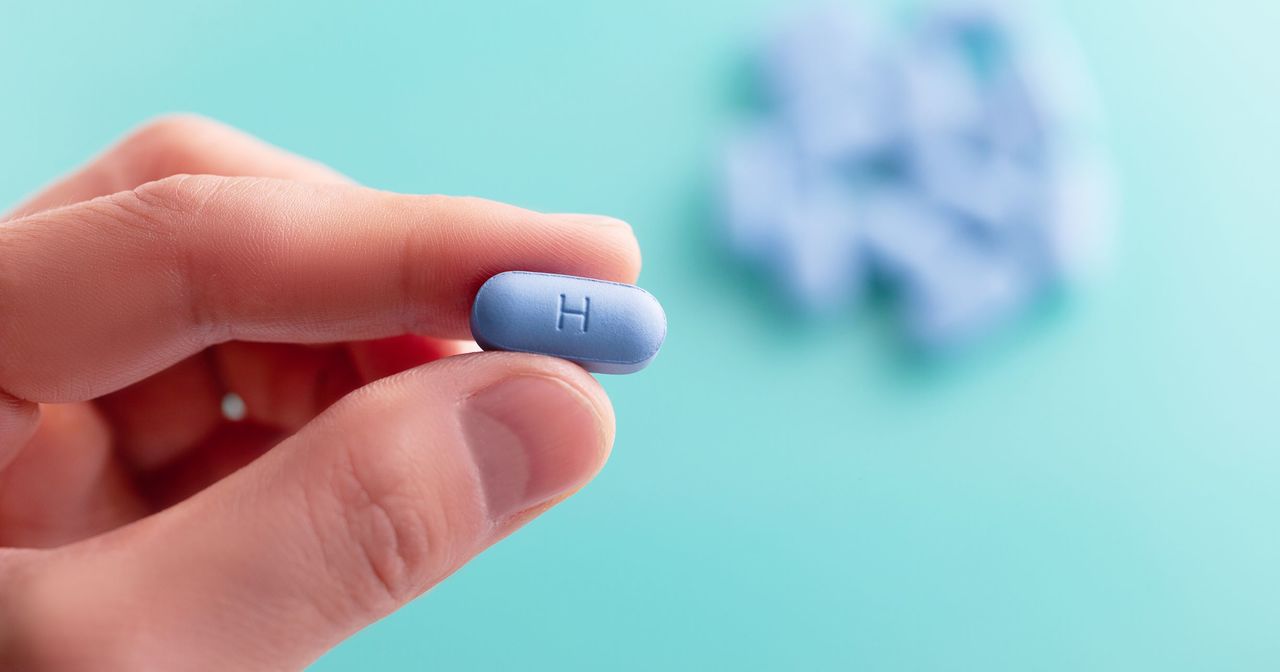 Pre-exposure prophylaxis (PrEP) is a safe, effective, and autonomous method of HIV prevention offering the potential for enormous reduction in the risk of HIV transmission. PrEP is taken prior to potential HIV exposure and when used as directed PrEP is up to 99% effective in reducing sexual transmission of HIV. Unlike other HIV prevention strategies, HIV pharamcoprevention with PrEP offers individuals an autonomous option for HIV prevention prior to risk exposure or impairment due to substance use, avoiding the need for cooperation from sex partners or skills enactment while under the influence. However, PrEP has been under-marketed to and is underutilized by cisgender women. Although cisgender women represent more than half of new HIV cases worldwide and almost 1 in 5 cases in the United States, among cisgender women with indications for PrEP, only 10% utilize PrEP for HIV prevention. Multiple studies suggest that stigma surrounding PrEP use is a major barrier to uptake for this population. Perceived support from health care providers, social networks, the belief that PrEP is safe and effective, and overall positive attitudes towards PrEP are associated with intention to initiate PrEP.

The most recent guidelines from the Centers for Disease Control and Prevention (CDC) recommend that health care providers have open, non-judgmental conversations with all sexually active adults and adolescents, including pregnant people, about HIV prevention and PrEP. Additional strategies to prevent HIV infection beyond the scope of this Provider’s Guide include condom use, harm-reduction strategies for people who inject drugs, and antiretroviral therapy (ART) for people with HIV, commonly referred to as “treatment as prevention” (TasP) or “undetectable equals untransmittable” (U=U).

Who is PrEP for?

PrEP is for HIV-negative individuals who request it, regardless of their disclosed HIV risks or exposures, as well as anyone who discloses:

Injection drug use and either:

Who should not use PrEP?

PrEP alone is insufficient treatment for HIV and may lead to antiretroviral resistance if an individual with HIV. Health care providers should not initiate or continue PrEP for anyone with known or suspected HIV. For people with signs or symptoms of acute HIV infection, such as flu-like symptoms, rash, pharyngitis, or lymphadenopathy and potential exposure to HIV in the last four weeks, acute HIV must be ruled out prior to initiating PrEP. For patients not on PrEP who present to care within 72 hours of a possible HIV exposure, offer nPEP instead. After a 28-day nPEP course followed by a negative HIV screening test, PrEP can be started immediately for anyone desiring continued protection. For more on nPEP, check out the Provider’s Guide.

There are currently two types of PrEP approved by the FDA, two daily, oral regimens and a new bi-monthly injection:

Patients on oral PrEP should be seen for follow-up every three months. These visits can be in-person or via telehealth, including by phone. Providers may schedule the first follow-up visit at a shorter interval, such as one month after initiating PrEP to repeat an HIV test due to the risk of undetected, acute infection at the first visit. This initial follow-up can also be used to screen for early side effects, discuss challenges with daily dosing, and provide additional education and counseling.

At each visit, patients should also be assessed for challenges with daily dosing and side effects. A team-based approach to care that includes a variety of provider types, such as physicians, PAs, nurses, pharmacists, and case managers all reinforcing medication instructions has been shown to improve correct and consistent use of PrEP. Reminder apps, support networks, and behavioral counseling can all provide additional support.

CAB was approved for PrEP by the FDA in December 2021, making it the newest form of PrEP currently available. It may be especially useful for patients with difficulty maintaining daily oral PrEP regimens or who prefer bi-monthly injections to daily pills, in particular for those with concerns about confidentiality. CAB is also a good PrEP option for patients with severe renal disease.

Patients using CAB should be seen for HIV testing one month after the first injection due to the risk of undetected, acute infection at the first visit, and then every two months in-person to receive follow-up CAB injections.

Lab testing during injection PrEP use includes blood tests for HIV and syphilis in addition to testing for gonorrhea and chlamydia at all anatomic sites of exposure. The CDC recommended testing frequency is based on individual characteristics, such as identifying as a transgender woman, as well as indication for PrEP, such as people who use injection drugs.

An HIV-1 RNA assay, the most sensitive test available, should be used to screen for HIV in patients using CAB, both at the initial visit and at each subsequent appointment. Injection of CAB is followed by a long duration of drug exposure making the exclusion of acute HIV prior to injection crucial. If a rapid HIV screening test is used for same-day PrEP prescribing, blood should also be collected for laboratory confirmation of HIV-negative status with an RNA assay.

Oral PrEP: Ideally, individuals should continue oral PrEP for 28 days after their last exposure. Protection will decrease over seven to 10 days after stopping oral PrEP, so alternative methods of HIV prevention should be discussed, if indicated, as well as education about the availability of nPEP and how to access it within 72 hours of exposure. HBV-positive patients discontinuing oral PrEP should be monitored closely for a hepatitis flare, which has so far only been documented in patients with HIV discontinuing TDF-containing treatments.

Injectable PrEP: Given the lengthy duration of exposure to CAB following each injection, there will be a long “tail period” of gradually waning drug levels. If HIV infection is acquired during this tail period, there is a risk of drug resistance developing due to the continued low- level CAB concentrations. Alternative methods of HIV prevention should be discussed, including oral PrEP, as well as education about nPEP and how to access it within 72 hours of exposure. Patients should follow up quarterly for 12 months after discontinuing CAB, and HIV-1 RNA assays should be done at each of these visits.

Reinitiation of oral or injection PrEP requires repeating the baseline evaluation and laboratory tests based on the type of PrEP.

PrEP is free under almost all insurance plans. For uninsured individuals or those in need of financial assistance, there are programs such as the U.S. Department of Health and Human Services’ ‘Ready, Set, PrEP’ program, and Gilead’s Medication Assistance Program for PrEP that can help.

Health care providers can do our part in ending the HIV epidemic by routinely having open, non-judgmental conversations about HIV risk and PrEP with all HIV-negative patients at risk for HIV through sexual activity or injection drug use, regardless of age, sex, gender, or pregnancy status.

Rachel Scott is an OB/GYN at MedStar Washington Hospital Center and MedStar Health Research Institute. Both her clinical work and research focus on improving health and healthcare for women with HIV and HIV prevention for women. When not hard at work, she enjoys yoga, cooking, and spending time with her husband, kiddo, and pups.
Hannah Sinks is a fourth-year medical student at Georgetown University. She will start her residency in Obstetrics and Gynecology at Zucker SOM-Northwell NS/LIJ in June 2022. She is passionate about health equity and family planning. Outside of work, she enjoys baking, hiking, and watching true crime shows.
read more about:STI,shoptalk,cost,HIV,how to,PrEP
read our commenting policy »