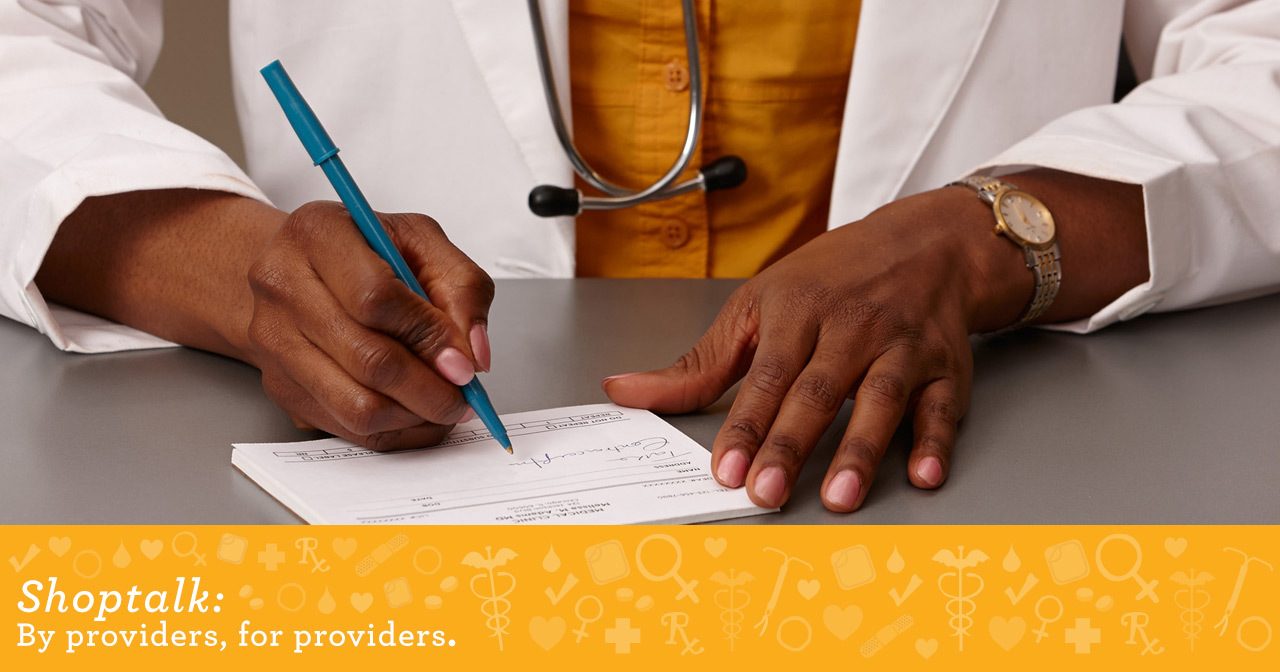 Is LARC a silver bullet to end unplanned pregnancy?

Experts weigh in on how many women would use IUDs and implants in the absence of barriers.

If you have worked in contraceptive care in the last decade, you’ve probably seen at least one meeting or online course titled something like “Increasing LARC Access” or “Improving Delivery of IUD Care.” We know that IUDs and the implant—collectively known as long-acting reversible contraception or LARC—are used less in the U.S. than in other developed countries. We also know that unintended pregnancy rates are higher in the U.S. than in other developed countries. So it makes sense that reducing barriers to providing and using LARC has been a U.S. public health priority for a decade.

Some health care providers and policymakers talk about LARC as if it were the only solution we need to the U.S.’s high unintended pregnancy rate. Some see the Contraceptive CHOICE Project in St. Louis, Missouri, as an example of how many U.S. women might want to use an IUD or implant if these methods were free. Fully 75% of the thousands of participants in the CHOICE Project chose an IUD or an implant. But what do experts think would really happen to national LARC use if all the barriers were removed? A team of researchers at University of California, San Francisco—including me—decided to ask.

We identified 154 LARC experts. These were people who had authored a peer-reviewed paper about LARC in any of three well-respected medical journals since 2013. We invited these experts to participate in a 5-minute online survey about the future of LARC.

Question 1: What are the most important barriers to LARC use?

We first asked respondents to list the most important barriers to IUD and implant use. The top five were:

These barriers aren’t news to anyone working in contraceptive care, but it is worth noting that two of them—fear of side effects and concerns about having the device placed—can’t be fully dispelled with more funding or training for health care providers.

Question 2: How many women would use LARC?

Next, the experts estimated what proportion of women would use LARC if all of the barriers could be removed. While most experts agree that LARC use could be higher than the current 7%, most did not see it as the silver bullet that will eliminate unwanted pregnancy. The majority of experts estimated that a maximum of around 25% of U.S. women would use an IUD or implant if all barriers to use were removed. While this would be more than triple the current LARC use, the experts agreed that even without the barriers, LARC users would remain a minority.

Question 3: Should we have policies to encourage LARC?

We also asked the LARC experts to react to a range of policies designed to either encourage health care providers to place LARC or encourage women to use LARC. Respondents were asked to consider policies based on real examples of past and current programs related to contraception, such as:

There was near universal support for women receiving public assistance being able to access all forms of contraception free of charge. As the policies became more potentially coercive, support dimmed to almost zero. For example, no one agreed with paying women to use LARC. Interestingly, male experts were four times more likely than female experts to support financial incentives to encourage providers to place LARC.

It will take more than LARC to meet all contraceptive needs

The truth is that there are still many barriers to accessing IUDs and implants in the U.S. There is still a potential for greater use of these methods, as the trend of rising use in the last decade has shown. But the experts clearly believe that LARC is no silver bullet. To preserve a woman’s autonomy to choose the method of birth control that is right for her, we need to take a more balanced approach to reducing unplanned pregnancy. Yes, we need to work on making LARC methods more available to the women who want them. And we need to work on making other methods more accessible and affordable, like moving the birth control pill over-the-counter.

Rana E. Barar, MPH, is a Project Director at Advancing New Standards in Reproductive Health (ANSIRH) at the University of California, San Francisco. Intending to become a spy like her grandfather, Rana took a wrong turn 16 years ago and fell into public health. Ensuring that women have the tools they need to determine the course of their lives is what drives her, and she has never looked back. Plus, she’s much too opinionated to make a good spy!
read more about:shoptalk,birth control,LARC,barriers to access,cost
read our commenting policy »

Extended use of the implant and LNG-IUS

Changing the conversation about contraception

Who is at increased risk of IUD expulsion?