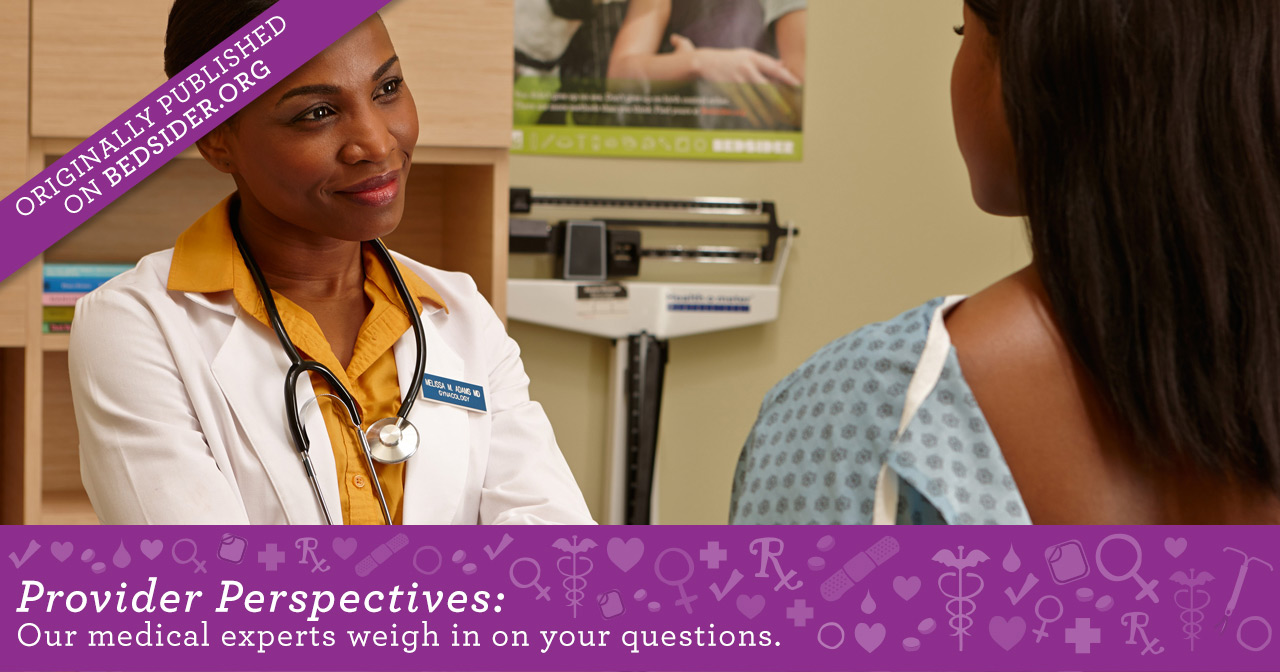 There’s a lot of conflicting information out there about the relationship between these three very important acronyms related to women’s health: intrauterine devices (IUDs), sexually transmitted infections (STIs), and a serious infection called pelvic inflammatory disease (PID). Some health care providers with out-of-date information refuse to give young women or women without children an IUD for fear of STIs and PID. As we’ve pointed out before, science tells us that this is just plain wrong: women can safely use an IUD regardless of age or how many babies they’ve had.

How did we get here?

IUDs got a bad rap back in the 1970s when a poorly designed IUD called the Dalkon Shield caused PID for some women and failed to prevent pregnancies for others. The Dalkon Shield made women more vulnerable to infections of the uterus, and a few women using it died from severe infections. The makers of the Dalkon Shield didn't test it for safety and effectiveness the way we now test IUDs. Thousands of women filed lawsuits against the makers and they went bankrupt—and their IUD has not been sold in the U.S. for almost 40 years.

The Dalkon Shield earned its bad reputation, but other IUDs have not. The IUDs currently available in the U.S.—progestin IUDs Mirena, Skyla, and Liletta and non-hormonal IUD ParaGard—have been extensively tested for safety and effectiveness. All types of IUDs have been studied for years by the U.S. Centers for Disease Control and Prevention (CDC) and the World Health Organization (WHO). Large studies have definitively proven that modern IUDs do not cause PID.

Where do STIs fit into this story?

Here’s what does cause PID: STIs. The most common STIs in the U.S. are Chlamydia and gonorrhea. Whether a woman gets an STI depends on her sexual partners and whether they use condoms—which are still the champ for preventing STIs (and, by extension, PID). We now know that women using modern IUDs are no more likely to get an STI or PID than women using other types of birth control.

Getting an IUD soon? GYT. If a woman has an undiagnosed STI at the time an IUD is placed in the uterus, she is at a higher risk of getting PID. This is why health care providers often require that you take an STI test before getting one. This is especially likely if you are under age 26, have a new sexual partner, or have multiple partners—because all these groups are at higher risk of having an STI.

Highway out of the danger zone. About 20 days after having an IUD inserted, a woman is past the danger zone for developing PID from an STI she didn’t know she had during the insertion. After that time, PID happens at the same rate for women using IUDs as for those using other methods of birth control (aside from condoms).

But I’ve already been tested, doc. New research shows that women can safely be tested for STIs on the day an IUD is placed. For the few women who discover that they have an STI when the test results come back, they can take antibiotics to cure the infection and leave the IUD in place. Women with one exclusive sexual partner who have already been tested and cleared may even be able to get an IUD without STI screening.

Methods with benefits. There is even some evidence that the hormonal IUD (Mirena) protects against PID over time. Researchers think this might be because this IUD works by thickening cervical mucus, which makes it difficult for sperm—or an STI—to enter the uterus.

What happens if you do get an STI once you have an IUD?

Why are some people still worried about IUDs?

The short answer is that things change slowly. Doctors and nurses who were working in the 1970s and 80s still remember the bad rap of the Dalkon Shield. In those decades, influential medical organizations said IUDs were not safe. Younger doctors and nurses were taught to have the same concerns. It wasn’t until the 1990s and 2000s that we had conclusive information about the safety of IUDs, and it has only been in the last few years that medical organizations have updated their information. So this newer information about the safety of IUDs just hasn’t reached all health care providers yet. The same is true for friends, family, and the internet.

Originally published on Bedsider.org on April 17, 2013.

Sara Kennedy, MD, MPH, is an Obstetrician/Gynecologist in Oakland, California. Originally from Pennsylvania, Sara has studied and lived around the world, including a residency at Northwestern University in Chicago and a master’s degree in Australia, where she met her husband! Sara is passionate about women's health, particularly helping women in vulnerable situations obtain the knowledge and resources they need in order to control their reproductive health.
read more about:provider perspective
read our commenting policy »

Got a health condition? Know your birth control options!

IUDs are OK: The best new birth control has been here all along