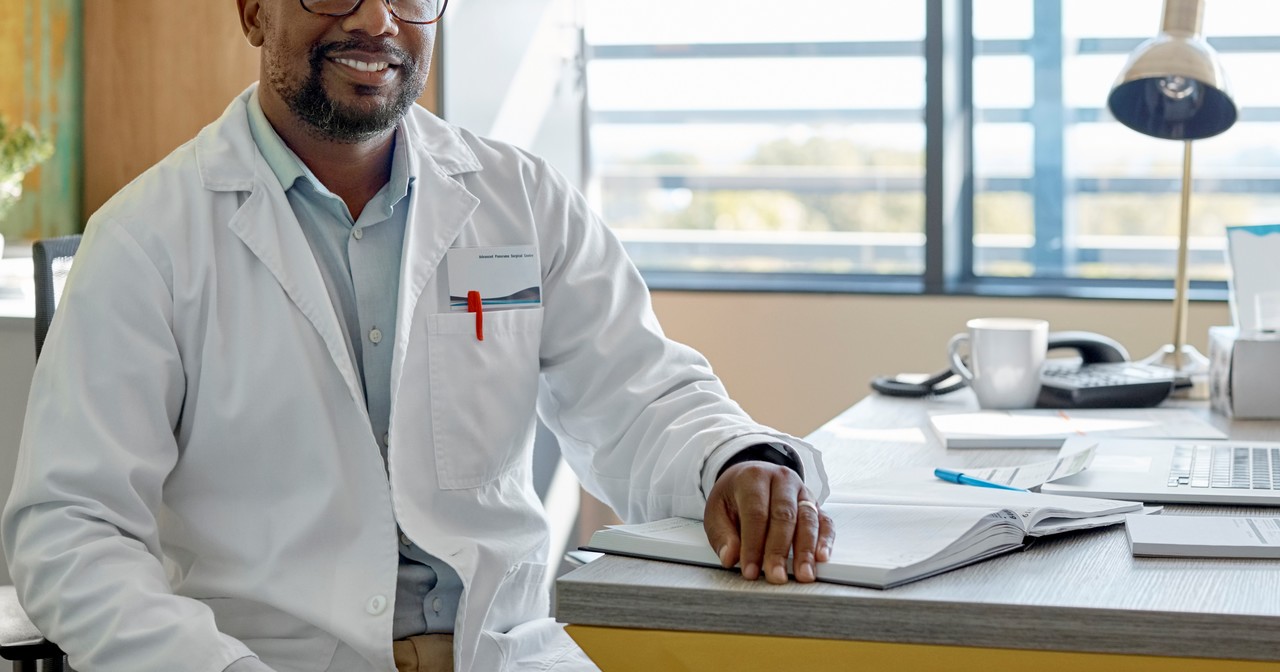 The COVID-19 pandemic has created an opportunity for increased study of medical services via telehealth, including medication abortion. This paper focuses on a preliminary analysis of results of the TelAbortion study, which offers telehealth and direct medication abortion access to patients. This study was started in 2016, but in the setting of the COVID-19 pandemic, clinicians were able to offer medication abortion without a preliminary ultrasound to patients determined to be low-risk for ectopic pregnancy (called “no-test patients”). Compared to patients who had a pre-abortion ultrasound, no-test patients had a slightly higher number of incomplete abortions and made additional clinical visits, but they did not have a higher number of ongoing pregnancy rates, hospitalizations, or need for blood transfusion. Overall, these initial findings are encouraging, and show that the provision of medication abortion via telehealth can be safe.

This recent ACOG Committee Opinion, developed by the Committee on Health Care for Underserved Women and the Contraceptive Equity Expert Work Group, examines recommendations, evidence, and counseling strategies for postabortion contraception. The authors conclude that all contraception methods are safe to initiate immediately after abortion, as long as medically appropriate. Due to numerous barriers to care, including insurance and legal restrictions, contraceptive counseling should be made available to all patients seeking abortion, while maintaining sensitivity and understanding with regard to the history of reproductive coercion. Obstetrician-gynecologists (OB/GYNs) can help to improve access by maintaining knowledge of all current methods of contraception, offering contraception at abortion consultation visits, and maintaining a referral pathway when starting a method is not possible. ACOG strongly supports all efforts to reduce barriers for patients and improve their access to contraception and their reproductive autonomy.

Although there is longstanding evidence that the intrauterine device (IUD) does not cause an increased risk of pelvic inflammatory disease (PID) or tubal factor infertility, many misconceptions about IUDs and fertility remain. For the Fertility After Contraception Termination (FACT) Study, researchers tracked individuals’ time to conception after discontinuing an IUD. They also studied whether presence of a genital infection, specifically mycoplasma genitalium, chlamydia, or trichomonas, was associated with a longer time to conception. The authors found no association between ever-IUD use and time to conception; in fact, they found that time to conception was slightly lower in previous IUD users, though this finding was not statistically significant. However, they did find that serologic evidence of mycoplasma genitalium was associated with a longer time to conception, though chlamydia and trichomonas were not. These findings provide reassurance for patients and providers who may have concerns about IUDs and fertility. They also suggest that mycoplasma genitalium is an infection that warrants further study and evaluation.

4. EVO100 prevents chlamydia and gonorrhea in women at high risk of infection

Chlamydia and gonorrhea infections are the most common reportable infections in the US. Barrier methods such as condoms and internal condoms are typically the only available interventions to prevent bacterial STIs, but the CDC’s findings of increased incidence of chlamydia and gonorrhea infections over the last few years indicate that other preventative options are necessary. In this randomized, placebo-controlled Phase 2B/3 trial, 860 reproductive aged women at high risk of urogenital chlamydia and gonorrhea infection (defined as having either infection diagnosed and treated within the 16 weeks preceding the trial) received either EVO100 vaginal gel or a placebo gel and were instructed to use the gel no more than an hour before vaginal intercourse. The authors determined a relative risk reduction of 50% for chlamydial infections and 78% risk reduction for gonorrhea infections in the experimental group, with increased reported adherence associated with even higher risk reductions. Adverse events were similar between the two groups and included BV (5.1% of the EVO100 group), vaginal candidiasis (2.1%), and vaginal discharge (3.2%). Discontinuation rates were low and patient satisfaction was high. If this product receives FDA approval, clinicians may be able to offer it to patients seeking an on-demand, female-controlled method of decreasing their STI risk.

The CDC has recently released its updated comprehensive guide to treatment of STIs. The full document provides a guide to standard screening questions that can be used to assess patient sexual behaviors and STI risk, a discussion of screening tests and preventative options, and discussion of considerations in special populations such as pregnant patients, adolescents, transgender and gender diverse patients, and incarcerated individuals. Updates from the previous guidelines include a preference for doxycycline over azithromycin for chlamydia treatment, a higher dose of ceftriaxone for gonorrhea treatment, and the addition of metronidazole to treat for pelvic inflammatory disease, among others. These updates can be reviewed in reproductive health practices and implemented to maintain standard of care.

An increasing number of states in the US have implemented legislation that limits abortion after a point in the second trimester, most commonly at approximately 20 weeks’ gestation. In these 22 states, patients seeking an abortion after this limit for any reason may be forced to travel for abortion care or continue to term with an undesired pregnancy. In this study of population data from the National Center for Health Statistics, the authors investigated state-by-state whether the presence of such gestational age limit laws were correlated with infant mortality rates. They determined that states with gestational age limit laws had an additional 0.23 infant deaths per 1,000 live births; infant mortality due to congenital anomalies contributed 0.1 to this total. The authors discuss that, in addition to banning abortion before ultrasound can detect life-threatening anomalies, the physiological and social stress of carrying an undesired pregnancy to term may also contribute to these increased infant mortality rates.

8. Acceptance of HPV vaccination at the abortion visit at a clinic in New York City in 2017 to 2018

HPV vaccination is a highly effective method of decreasing sequelae of genital HPV infection, including cervical cancer and genital warts, but uptake of the vaccine is low compared to other vaccinations recommended for patients in this age group (9-26 year-olds). In this cross sectional study, the researchers offered HPV vaccine counseling and, if desired, vaccination to previously unvaccinated patients seeking abortion care at an urban clinic. Of 101 patients who accepted study participation, approximately 50% accepted an HPV vaccination after counseling. Among all study participants, 40% reported that they did not know the vaccine existed, and more than half reported they had never been offered the vaccine before. Patients who did not know previously that the vaccine prevents cervical cancer were statistically more likely to accept vaccination. While completion rates of the full three-shot vaccine series were low, with only 7 of the original 50 accepting patients receiving their third shot, the authors highlight that reproductive health care visits for adolescents and young adults can be an important opportunity for both counseling and administration of the HPV vaccine.

9. Outcomes of a Two-Visit Protocol for Long Acting Reversible Contraception for Adolescents and Young Adults

Long acting reversible contraception (LARC), such as IUDs and implants, are recommended for use in nulliparous women by both the American Academy of Pediatrics and the American College of Obstetrics and Gynecology. There is also evidence supporting same-day placement of LARC methods as a way of improving access. However, due to various barriers to care, many patients need to schedule a second visit to complete LARC placement once they have chosen these methods. Hypothesizing that this delay has an impact on contraception uptake, the authors of this study tracked outcomes for young patients (ages 15-27) who desired LARC placement but needed a second visit. About one-third of patients did not receive their desired birth control, most commonly because they did not come to their second appointment or complete necessary paperwork. Twenty-eight percent of these patients were then noted to have a subsequent pregnancy; a small proportion of these pregnancies were diagnosed at the second visit. These findings suggest that there is more work to be done to eliminate barriers to LARC access for young patients.

Colleen Denny, MD, is an attending ObGyn at Bellevue Hospital in New York City, where she is the Medical Director of the Women's Clinic, and a clinical assistant professor with the NYU School of Medicine. She enjoys providing care for patients in all phases of life and is especially interested in issues related to contraception access and public health. Outside of work, she’s a runner, a dancer, and a bit of a crossword puzzle nerd.
Emma Gilmore is a fellow in Complex Family Planning at the University of Pennsylvania. She completed her residency in Obstetrics and Gynecology at New York University. She's passionate about reproductive rights, medical education, and combating health care disparities, particularly in sexual and reproductive health. In her free time, she can be found taking her dog on walks around the beautiful parks in and around Philadelphia.
read more about:abortion,birth control,how to,LARC,research,STI,telehealth
read our commenting policy »

Top reasons the birth control pill should be OTC