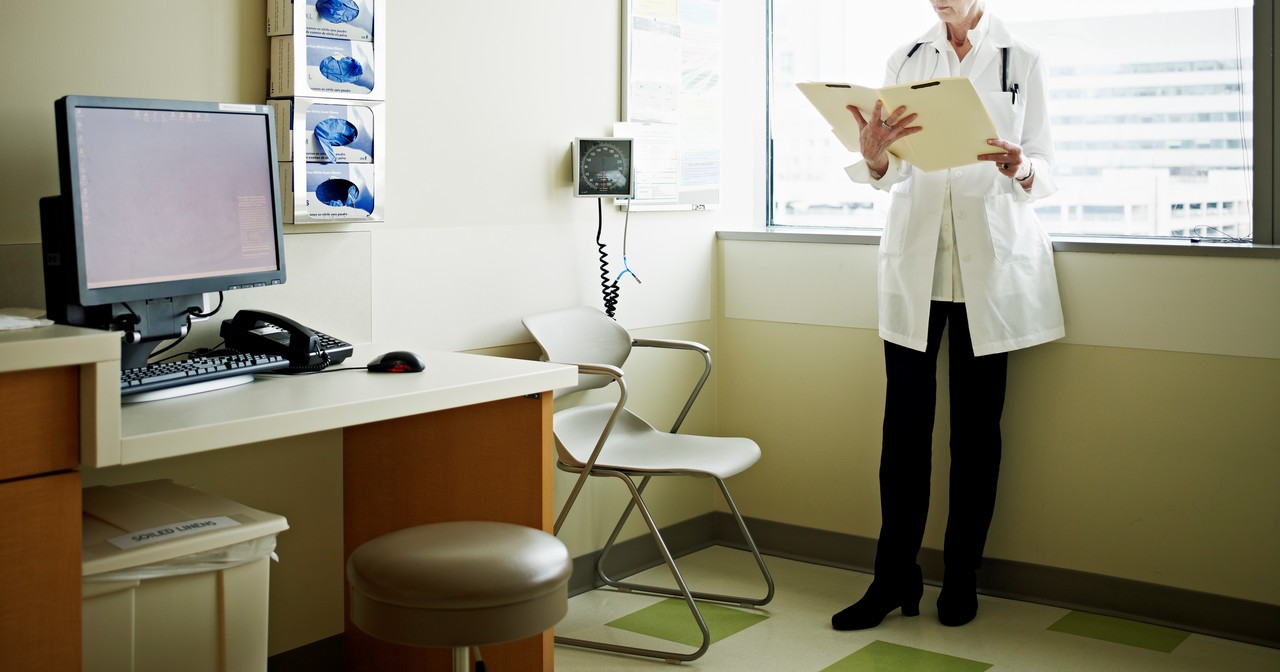 2. Pain Medication Requirements in Patients with Opioid Use Disorder at the Time of Surgical Abortion: An Exploratory Study

Surgical abortion, also called an abortion procedure, is often performed using moderate sedation, with a combination of a benzodiazepine and an opioid. When providing care for patients with a history of opioid use disorder (OUD), providers may be concerned that this anesthesia regimen has the potential for either oversedation or ineffective pain control. In this retrospective cohort study, the authors identified 64 patients with a history of OUD undergoing abortion procedures with moderate sedation and compared them to a cohort without OUD to determine whether total opioid usage varied between the groups. On average, they found that patients with OUD received approximately 22mcg more fentanyl than the control group, an increase of 25%. However, when accounting for prior abortions, parity, English-speaking status, psychiatric illness, and education, this difference no longer was statistically significant. This research suggests that providers can safely provide moderate sedation for patients with OUD during abortion procedures, while understanding that many of the risk factors associated with OUD may result in patients needing a higher total dose of opioids.

Emerging research has demonstrated that the 52mg levonorgestrel (LNG) IUD (brand names Liletta and Mirena) can be used as emergency contraception with equal efficacy to the copper IUD. However, CDC guidelines still recommend that patients abstain from unprotected intercourse for seven days after the placement of an LNG IUD. In this secondary analysis of the randomized controlled trial that demonstrated the noninferiority of the LNG IUD for emergency contraception, the authors analyzed whether patients adhered to these guidelines and whether this affected pregnancy outcomes. Of patients who resumed intercourse in the first month after IUD placement, most (64%) resumed within 7 days of IUD placement, and only 16% of these used condoms. Zero of the 138 LNG IUD users who reported intercourse within that first week were pregnant at one month. The authors recommend that these results be considered when updating contraception usage guidelines to avoid unnecessary restrictions.

More than 10% of menstruating women suffer from premenstrual syndrome (PMS), which encompasses a large range of symptoms that occur during the luteal phase of the menstrual cycle. A more severe variant, premenstrual dysphoric disorder (PMDD), also includes depressive symptoms which can be bothersome and severe for a subset of patients. Combined oral contraceptives (COCs) are thought to improve the symptoms of PMS and PMDD, but conflicting evidence on this matter exists. The authors of this study conducted a meta-analysis to examine the evidence supporting COCs as treatment for PMS and PMDD, and to determine whether one pill formulation had more efficacy than others. They found that COCs did help with PMS symptoms but did not improve depressive symptoms. No specific formulation was more efficacious to others, though they commented that few studies allowed for head-to-head comparisons among formulations. Overall, these findings provide useful information for providers as they counsel patients with PMS and consider treatment options.

The etonogestrel implant (Nexplanon) is recommended for use in adolescent and young people due to its efficacy and acceptability to patients. However, weight gain has been reported as a side effect, and this is of particular interest given the long-term morbidity associated with obesity, along with the effects of weight gain on adolescents, who are particularly vulnerable to body-image concerns. The authors of this study examined the trajectory of weight gain in Nexplanon users and compared this gain across weight categories. They found that although overweight and obese patients did gain more weight with the implant in place, this was in accordance with expected, physiologic weight changes over time. In other words, patients’ overall trajectory of weight gain was not increased by the etonogestrel implant. This study provides important insight that can be utilized when counseling patients, particularly adolescents, about Nexplanon side effects.

Postplacental IUD placement, commonly performed within ten minutes after the delivery of the placenta, can be a convenient option for patients who desire long-acting reversible contraception and want to avoid a later outpatient visit. However, such placements are known to have a higher risk of expulsion than interval IUD placements, and may also be complicated by an inability to identify the IUD strings at the cervix after placement. In this secondary analysis of more than 700 patients who had a postplacental IUD placement, the authors noted that nearly half of patients (47%) of patients had missing strings at 1-2 months, decreased to approximately a third (34%) at 6-9 months; missing strings were more common for IUDs placed during Cesarean delivery. Overall expulsion rate was 8.9% across all placements but was significantly more common for IUDs placed after vaginal deliveries. Providers offering postplacental IUDs can incorporate these numbers into their contraception counseling during prenatal care and can likewise consider how best to manage IUD expulsions and missing strings in their own outpatient practices.

Etonorgestrel implants (Nexplanon) are an increasingly popular and extremely effective form of long-acting reversible contraception and are typically easily removed in the office using palpation to determine the subdermal location of the rod. However, a minority of patients may have non-palpable implants, sometimes as a result of migration, deep initial insertion, or patient weight changes. The removals of these non-palpable implants are managed in a variety of ways at different institutions, including ultrasound-guided removal, removal by interventional radiologists, or referral to an institution with particular Nexplanon removal expertise. In this article, the author describes an alternative technique to facilitate removal of non-palpable implants, using a near-infrared light projected by a tool commonly used by medical professionals for venipuncture. The author provides images of five non-palpable implants using three different settings of near-infrared light, which were used to mark the implant locations and subsequently successfully remove them. Near-infrared light may provide a safe and effective imaging modality for providers needing guidance on non-palpable implant removals.

8. Association of Travel Distance to Nearest Abortion Facility With Rates of Abortion

Travel distance is a known barrier to care, and increased travel time has been shown to negatively impact health outcomes for patients. Due to restrictive abortion laws in many US states, clinic closures have resulted in long travel times for individuals in many parts of the country. The authors of this study conducted a national analysis to test the hypothesis that greater travel distance would lead to lower abortion rates. They compared estimates of travel time to abortion rates across 48 states. Consistent with their hypothesis, researchers found that longer travel distance was associated with lower abortion rates. They estimated that as many as 70,000 more abortions would be provided per year if access was improved. These findings highlight a need for strategies to address a lack of access to care for individuals seeking abortion across the US, particularly with an emphasis on telehealth and use of mail order and delivery for medication abortion care.

Lack of access to contraception is a known barrier to care for many individuals and contributes to the rate of undesired pregnancy. Short acting hormonal contraception, such as the pill, patch, ring, and shot, are highly effective when used correctly, but perfect use is rare. A common reason for difficulty with correct and consistent use is that people run out of their method and are not able to obtain refills or new prescriptions when needed. Many states are in the process of expanding the scope of pharmacists to prescribe these short-acting hormonal contraceptive methods, which would facilitate access for new initiation as well as refills. The authors of this paper conducted a prospective cohort study to determine whether uptake or perfect use of these methods varies depending on if prescriptions come from a clinician or a pharmacist. They found that prescriber type does not seem to affect either utilization or rates of correct and consistent use of short acting hormonal contraception methods. However, patients receiving a prescription from a pharmacist were more likely to pay out-of-pocket costs. These findings suggest that pharmacist-based prescribing could have a notable effect on access to contraception, but that insurance coverage must also expand and adapt according to new prescribing laws.

Colleen Denny, MD, is an attending ObGyn at Bellevue Hospital in New York City, where she is the Medical Director of the Women's Clinic, and a clinical assistant professor with the NYU School of Medicine. She enjoys providing care for patients in all phases of life and is especially interested in issues related to contraception access and public health. Outside of work, she’s a runner, a dancer, and a bit of a crossword puzzle nerd.
Emma Gilmore is a fellow in Complex Family Planning at the University of Pennsylvania. She completed her residency in Obstetrics and Gynecology at New York University. She's passionate about reproductive rights, medical education, and combating health care disparities, particularly in sexual and reproductive health. In her free time, she can be found taking her dog on walks around the beautiful parks in and around Philadelphia.
read more about:abortion,barriers to access,birth control,postpartum,research,STI,public policy
read our commenting policy »