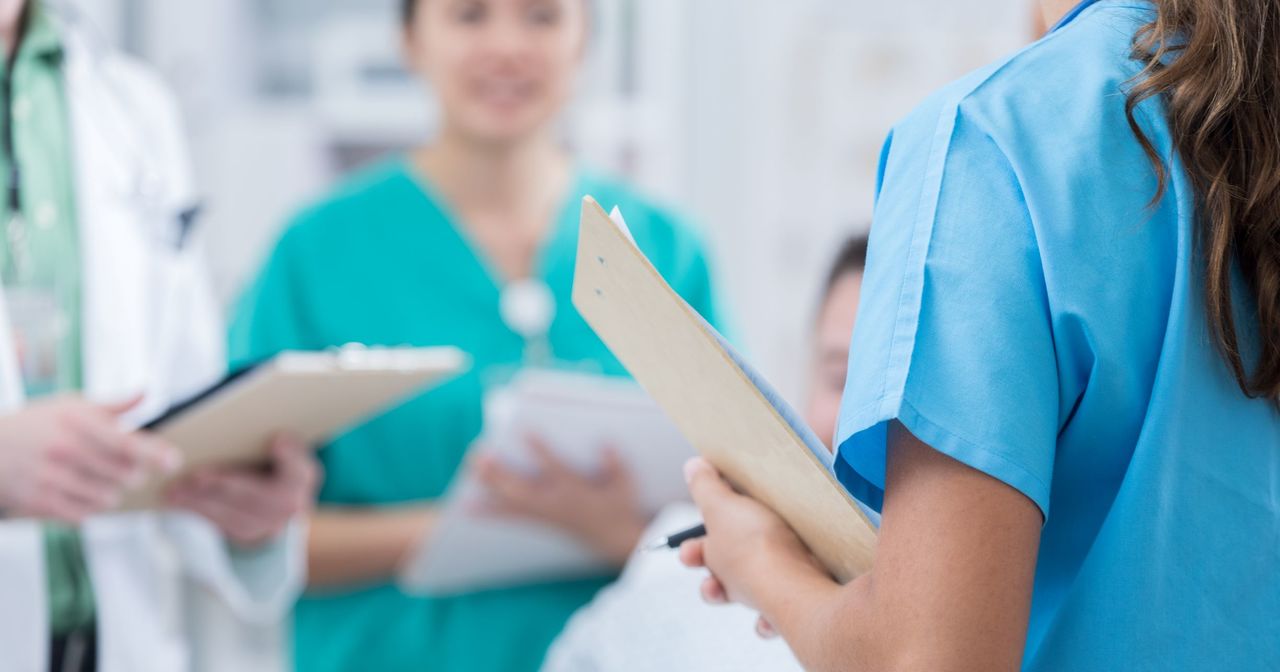 1. The History of Tiered-Effectiveness Contraceptive Counseling and its Effects on Patient-Centered Family Planning Care

This article examines the origins and history of tiered-effectiveness contraceptive counseling, where providers present patients with information on birth control based on the relative efficacy of methods. This counseling strategy is supported by many professional groups in both pediatrics and obstetrics and gynecology. The authors point out that this method of presenting information may interfere with patient autonomy when providers and patients do not have shared goals and perspectives. Therefore, the authors suggest an approach based on patient-centered counseling, where providers focus on understanding each individual’s specific needs and goals and tailor counseling in a way that promotes self-realization and choice.

Recommendations for patient-centered counseling and techniques for incorporating them into your practice include universally screening for pregnancy desires, such as asking One Key Question®, using shared-decision making to listen openly and explore patients’ preferences during contraception counseling, and respecting patients’ reproductive autonomy.

3. Stability of Retrospective Pregnancy Intention Reporting Among Women with Unwanted Pregnancies in the United States

Research regarding the outcomes for unintended pregnancies often relies on study participants to report their pregnancy intentions after the pregnancy has ended, either in abortion or birth. In this study, the authors followed more than 800 people who presented at abortion facilities, some of whom received an abortion and some of whom were denied due to gestational age limits and went on to give birth. The authors then reassessed participants’ recollected intention about their pregnancies over the next five years. They found that while the group who had received abortions had relatively stable assessments of pregnancy intention over the five-year period, the group who were denied abortions and later delivered reported that their index pregnancy was more intended as time went on. These findings indicate that retrospective data about pregnancy intention may underestimate the number of births that result from unintended pregnancies.

Many hormonal contraceptives have been associated with changes in carbohydrate metabolism. In this Cochrane systematic review, the authors investigated whether hormonal contraceptives are associated with increased insulin resistance and decreased glucose tolerance, which are associated with long-term risks of type 2 diabetes mellitus and cardiovascular disease. The authors identified 31 applicable studies that investigated several different types of combined hormonal pills, the patch, the ring, injectables, and implants. In reviewing the literature, they concluded that combined hormonal contraceptives do not cause clinically important changes in carbohydrate metabolism in women without diabetes. However, they found insufficient evidence to determine whether there could be important changes for overweight women already at risk of diabetes, as weight was an exclusion criterion for many of the included trials. While further research is needed to determine the impact of hormonal contraception on carbohydrate metabolism for overweight women, providers can feel comfortable counseling patients on the general long-term metabolic and cardiovascular safety of hormonal contraception.

5. Levonorgestrel IUD: is there a long-lasting effect on return to fertility?

All types of IUDs are becoming more popular for contraception in the United States and are used before, between, and after pregnancies for years. The authors reviewed the literature to identify the effects of IUDs on the endometrium as well as fertility rates after IUD use. They found that genetic markers indicating “endometrial receptivity,” or readiness for fertilization, may not normalize until up to 12 months after levonorgestrel (LNg) IUD use. They also note that while reported pregnancy rates the year after IUD use are high, they are approximately 10% lower than expected pregnancy rates in the general population. While acknowledging the significant benefit IUDs bring as a form of long-acting reversible contraception, the authors call for more research into fertility outcomes after IUD use, particularly for LNg IUDs and after longer periods of use.

Approximately a quarter of a million medical abortions are performed each year in the United States, and most patients report abdominal pain during their medical abortions. In this randomized placebo-controlled study, the authors investigated whether giving patients 10mg of oral oxycodone at the onset of painful cramping, in addition to NSAIDs, anti-nausea meds, and a written prescription for additional oxycodone tabs, would affect their reported pain during their medication abortion. They found no difference between groups in maximum pain scores, duration of maximum pain, use of adjunctive oxycodone, or reported satisfaction with pain control. The authors concluded that prophylactic oxycodone did not positively impact patients’ experience with pain during medication abortion.

While IUDs are safe and effective birth control options for people of all ages, including adolescents, researchers in Pennsylvania noted that adolescents use IUDs at a lower rate than the national average, 1.2% versus 2.8% respectively. They designed this study to help identify some barriers to care in their state. Researchers anonymously contacted 50 practices in Pennsylvania that provide IUDs and posed as a 16-year-old female looking for information about birth control, using a script with pre-determined questions to tabulate data. They discovered that many offices utilized regulations not supported by national recommendations, such as requiring parental presence at visits or STI testing prior to IUD placement. Identification of these practice-level barriers provides insight into issues facing adolescents seeking IUDs and suggests that targeted education, particularly with regard to medical providers, may improve access to IUDs for adolescents.

Long-acting contraceptives already exist in multiple forms, such as the IUD, implant, and injection. However, scientists at MIT noted that many people favor oral contraceptives and access to contraception increases when it can be self-administered. In the hopes of creating a long-term oral contraceptive, they developed a special levonorgestrel tablet, called a “gastric resident” that remains in the gastrointestinal tract releasing hormones for a month. This initial form was only tested in pigs, but the researchers found serum retained detectable drug concentrations up to 29 days after ingestion. While it will still require extensive testing and development for humans, the creation of a monthly oral birth control is an important step towards increasing access to long-acting contraceptives.

People seeking abortions may encounter many barriers to care, including a lack of appropriate or timely referrals from health care providers who do not offer abortion as part of their practice. In this qualitative study, the authors conducted 37 interviews with primary care providers and generalist OB/GYNs to evaluate their experiences in providing abortion referrals. While all of the providers interviewed reported that they were willing to provide abortion referrals, they perceived societal and professional stigma, logistical complexities, and insurance issues as barriers to providing appropriate referrals, and conveyed a sense that abortion referrals were more complex and time-consuming than other types of specialty care referrals. These results highlight an opportunity for family planning providers to reach out to primary care and generalist practitioner colleagues to provide logistical and scheduling information on providing appropriate abortion referrals to facilitate patient access.

10. A comparison of 2 g single-dose versus 7-day 500 mg twice daily metronidazole for the treatment trichomoniasis in women by selected clinical factors

Trichomoniasis is the most common non-viral STI worldwide and is associated with serious reproductive morbidity, poor birth outcomes, and amplified HIV transmission. Although the CDC recommends a single dose of 2g of metronidazole for treatment, several well-designed trials and a meta-analysis have indicated that treatment with 500mg of metronidazole twice daily for seven days results in lower positive tests of cure rates. In this study, the authors performed a secondary analysis of data from a randomized, parallel, multi-site trial comparing these dosages, and found that female patients with trichomoniasis who were symptomatic and/or had a history of previous trichomoniasis infection were significantly more likely to have a positive test-of-cure after treatment with the single dose regimen, with a 27% infection rate. While the authors recommend that all patients with trichomoniasis be treated with the multi-dose metronidazole regimen, they discuss that this is particularly important for symptomatic patients and those with a history of previous trichomoniasis.

Colleen Denny, MD, is an attending ObGyn at Bellevue Hospital in New York City, where she is the Medical Director of the Women's Clinic, and a clinical assistant professor with the NYU School of Medicine. She enjoys providing care for patients in all phases of life and is especially interested in issues related to contraception access and public health. Outside of work, she’s a runner, a dancer, and a bit of a crossword puzzle nerd. Emma Gilmore, MD, is a fourth-year resident in Obstetrics and Gynecology at New York University. She's passionate about family planning, medical education, and combating health care disparities, particularly in sexual and reproductive health.
read more about:affordable care act,how to,problem solving,shoptalk,STI,birth control,barriers to access
read our commenting policy »