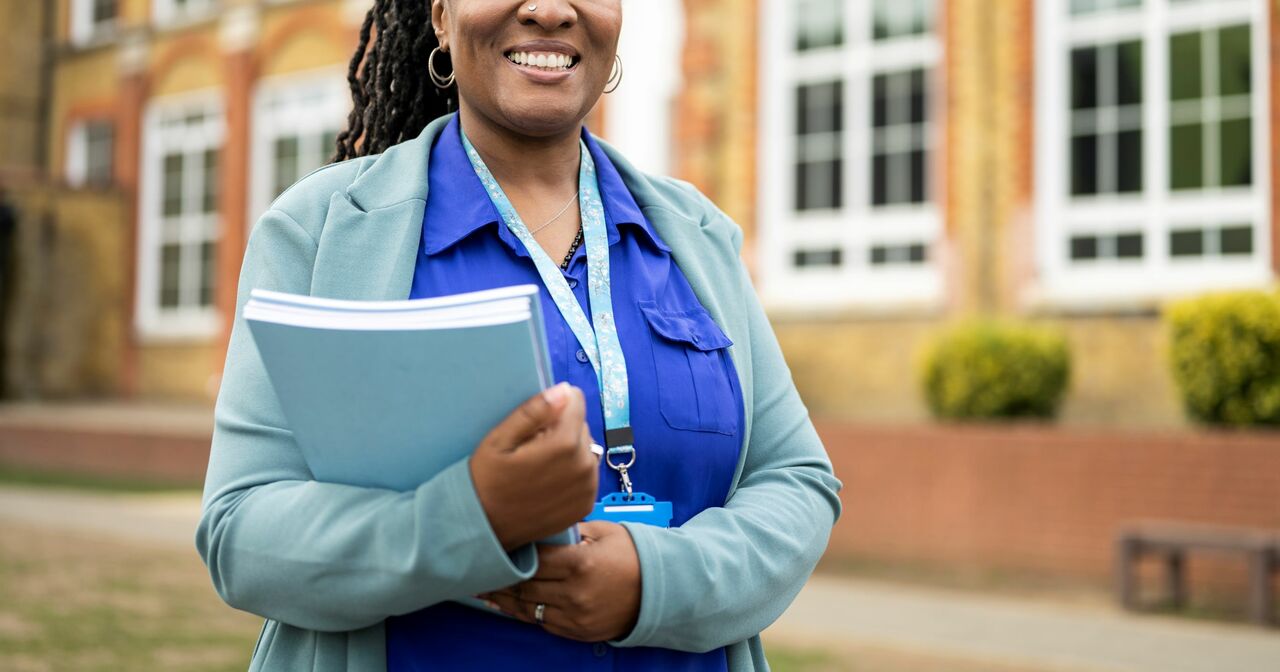 Use and accessibility of postpartum contraception has been shown to decrease the risk of unintended pregnancy and short-interval pregnancy. Long-acting reversible contraception (LARC), such as IUDs, may be a desirable option for new parents due to its high efficacy and minimal required maintenance. However, standard placement of IUDs at postpartum visits six to eight weeks after delivery can be challenging, as up to 40% of recently delivered patients do not attend their postpartum visits. In this randomized controlled study, the authors compared early postpartum placement (more than 10 minutes after placental delivery to within 48 hours) of a hormonal IUD versus the traditional placement at six to eight weeks in the office setting. While their planned main outcome measure was the rate of subsequent pregnancy terminations in both groups, the study was ended early after enrolling 101 women given an expulsion rate of 44% in the early postpartum placement group. The authors note that this rate is within range of previous reported expulsion rates for early postpartum placement and discuss that other studies of early postpartum placement still show high patient satisfaction rates and relatively high rates of continued IUD use long-term (after later placement of expelled IUDs). While high expulsion rates are a known possibility of early postpartum IUD placement, providers and pregnant patients should use shared-decision making to balance this risk against alternative placement options for patients desiring an IUD.

2. Secnidazole for Trichomoniasis in Women and Men

Trichomoniasis is the most common non-viral sexually transmitted disease in the world, with the CDC estimating a prevalence of approximately 2% of all adult women in the US. Untreated trichomoniasis has been associated with a number of poor health outcomes, including pelvic inflammatory disease, increased susceptibility to HIV infection, and complications during pregnancy. The CDC currently recommends that trichomoniasis infections in women be treated with metronidazole twice daily for a seven day course. However, in this literature review, the authors examine the evidence for the use of secnidazole, a recently approved treatment for both bacterial vaginosis and trichomoniasis. In a total of 14 studies, the authors found that secnidazole had similar cure rates to multi-dose metronidazole in both men and women and was well tolerated by patients. A single 2g dose of secnidazole had a 92.2% cure rate in a recent double-blind RCT. The authors suggest that secnidazole may be a valuable alternative option for trichomoniasis treatment, especially for patients for whom multi-dose regimens are challenging.

Vulvovaginal candidiasis (VVC) is a common cause of vaginitis worldwide, usually associated with Candida albicans and commonly associated with vulvoginal itching, burning, and abnormal discharge. While azole drugs are commonly used as treatment, either over-the-counter in topical form or prescribed in their oral form, there are few effective treatment options available for patients with azole-resistant C. albicans infections or for whom azoles are contraindicated. In this Phase 3 placebo-controlled study, the authors investigated the efficacy and tolerability of ibrexafungerp, a new oral single-dose anti-fungal agent. In a population of 272 patients with VVC symptoms and microscopic examination consistent with VVC, the researchers found a statistically significant clinical cure rate of 63% of patients at their follow up visit one to two weeks later, compared with 44% in the placebo group, and 74% of patients at a follow up visit three to four weeks later, compared with 52% in the placebo group. Nearly 15% of patients in the ibrexafungerp group had treatment-related adverse events, mostly gastrointestinal, compared to only 4% in the placebo group. These results suggest that ibrexafungerp could be a promising alternative option for patients with VVC resistant to traditional azole treatments.

The etonogestrel implant is a highly-effective, reversible form of contraception that can safely be used by almost all patient populations. For patients undergoing pregnancy termination, same-day insertion of implants for patients who desire this form of contraception can be a convenient and safe option. Given that irregular and unpredictable menstrual bleeding can be one of the most noticeable side effects of implant use, it is important to understand whether post-abortion placement has an effect on future bleeding profiles. In this observational study of 66 patients undergoing implant insertion after abortion procedure, the authors compared bleeding profiles, continued use, and self-reported patient satisfaction over a three year period to a cohort population of 84 patients who had implants placed during their menses. There were no pregnancies in either group, and the authors found no statistically significant differences in vaginal bleeding patterns, discontinuation rates, or patient satisfaction between the two groups. For patients undergoing procedures for pregnancy termination and considering implant use, providers can counsel that changes in bleeding patterns, while common for implant users, are not worsened by electing for same-visit placement.

This committee statement was created by the American College of Obstetricians and Gynecologists (ACOG) in conjunction with multiple groups: the Committee on Health Care for Underserved Women, the Contraceptive Equity Expert Work Group, and the Committee on Ethics. In this statement, the authors recognize the importance of contraceptive counseling throughout an individual’s life, as their needs and priorities evolve. However, in parallel, it is crucial to acknowledge the history of coercion in reproductive health care, along with the potential presence of provider bias. To this end, contraceptive counseling must be performed within a reproductive justice framework, in which providers explore each patient’s individual reproductive goals and personal history, while seeking an understanding of systemic barriers to care. With this statement, ACOG highlights its support for patient-centered care and shared decision making within contraceptive counseling.

6. Effect of levonorgestrel emergency contraception on implantation and fertility: a review

Levonorgestrel emergency contraception (EC), when used within 72 hours of unprotected sex, is highly effective and is well-tolerated by patients. However, despite general acceptance in the United States, worldwide use of levonorgestrel EC remains low. Studies show that this low uptake is due to patient and provider misconceptions about EC and its effects, believing that it causes birth defects in a continuing pregnancy or has a long-term effect on fertility. The authors of this study sought to review the mechanism of action of levonorgestrel EC and assess its effect on the development of continuing pregnancies. In a review of 33 studies, data supported the fact that levonorgestrel EC inhibits or delays ovulation for the menstrual cycle in which it is taken but does not have other effects on a developing pregnancy. There is no evidence linking levonorgestrel EC to birth defects or other adverse pregnancy outcomes. Furthermore, levonorgestrel EC does not affect implantation or subsequent conception rates for subsequent attempts at pregnancy. Overall, this information is useful for both provider and patient education and reassurance.

7. Effect on ovarian activity and ovulation inhibition of different oral dosages of levonorgestrel

Although levonorgestrel has multiple mechanisms of action, including decreased cervical mucus permeability and endometrial receptivity, it also is highly effective in suppressing ovulation when given orally. However, the daily oral dose of levonorgestrel needed for consistent ovulation suppression is unknown. Determining the dosage needed for ovulation suppression is key to increasing efficacy for levonorgestrel’s use as a progestin-only birth control pill. Additionally, higher doses of levonorgestrel may result in diminished vaginal spotting, which is a bothersome side effect of progestin-only pills. The authors of this study sought to identify the lowest dose of oral levonorgestrel that effectively suppresses ovulation, along with examining other factors such as bleeding pattern and patient tolerability. This pharmacokinetic, adaptive study involved 30 patients who underwent stepwise increases in their oral levonorgestrel doses. The researchers found that 0.115mg of levonorgestrel was the lowest dose that consistently inhibited ovulation, and this dose was well-tolerated. Patients also noted less bleeding than at lower doses of progestins. Overall, these findings suggest that further investigation of this dose may be helpful in providing patients with highly effective and acceptable progestin-only oral contraceptives.

8. Exploring the experience of IUD self-removal in the United States through posts on internet forums

IUDs are a highly effective form of birth control. Although IUD initiation and use is rising in the United States, barriers to care still exist, including at the time of discontinuation. Although patients are typically advised to see a provider for IUD removal, some individuals have difficulty gaining access for this, and may attempt to remove their IUDs at home. However, little is known about the context around self-IUD removal, and there is evidence that patients often fail when they attempt it. To better understand the patient experience around IUD self-removal, the authors of this study used an internet search strategy to identify and examine online posts about IUD users’ perspectives and experiences on self-removal. They identified more than 1,700 posts about IUD self-removal. Overall, many posts described successful experiences, and included helpful tips for IUD self-removal. There were few reports of complications, and it appeared that many of these posts could be used as a reference for patients having trouble removing their IUD at home. Overall, these posts provide a good resource, and suggest that exploring patients’ experiences around self-removal may provide useful information for individuals seeking reproductive autonomy.

Colleen Denny, MD, is an attending ObGyn at Bellevue Hospital in New York City, where she is the Medical Director of the Women's Clinic, and a clinical assistant professor with the NYU School of Medicine. She enjoys providing care for patients in all phases of life and is especially interested in issues related to contraception access and public health. Outside of work, she’s a runner, a dancer, and a bit of a crossword puzzle nerd.
Emma Gilmore is a fellow in Complex Family Planning at the University of Pennsylvania. She completed her residency in Obstetrics and Gynecology at New York University. She's passionate about reproductive rights, medical education, and combating health care disparities, particularly in sexual and reproductive health. In her free time, she can be found taking her dog on walks around the beautiful parks in and around Philadelphia.
read more about:abortion,research
read our commenting policy »