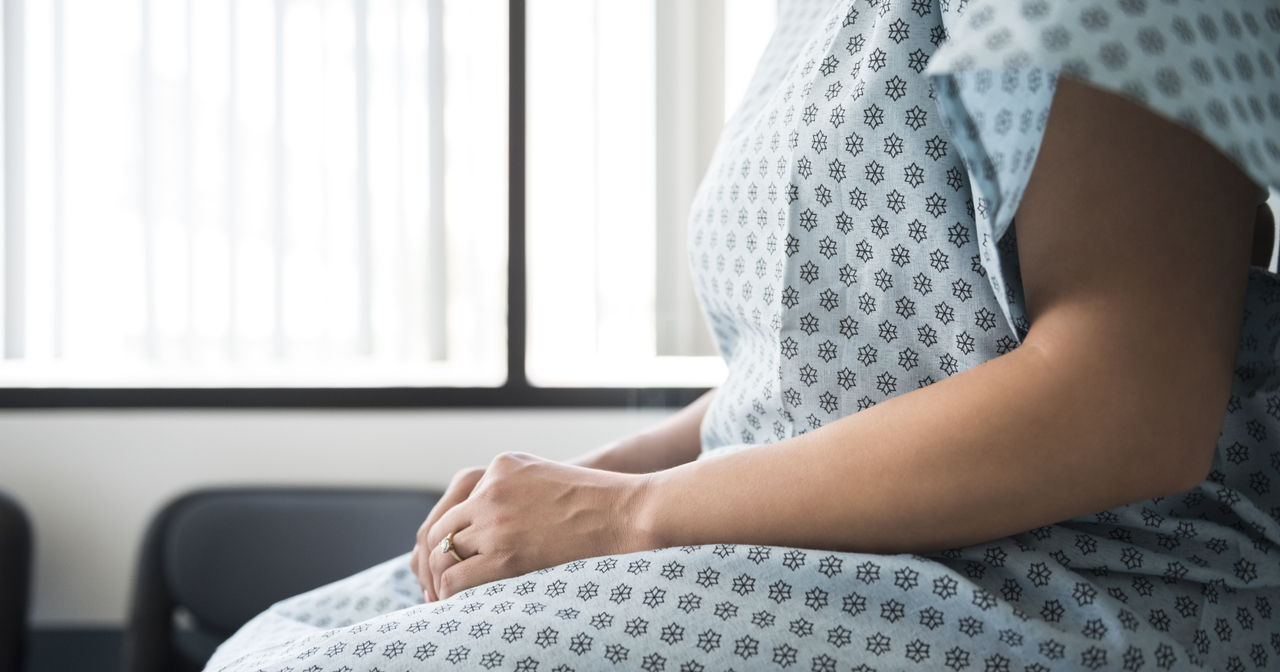 1. Implementing Pre-Exposure Prophylaxis for HIV Prevention in Women: The Role of the Obstetrician Gynecologist

In the United States, 20% of individuals with HIV are identified as women, though it is estimated that more than 10% of these patients do not know about their infection status. Knowledge of HIV status is fundamental to health care provision, as is adequate screening for at-risk individuals and non-judgmental support from providers. Pre-exposure prophylaxis, or PrEP, is an effective method of preventing HIV acquisition, but a very small proportion of eligible US women are taking this medication. Women’s health providers, including OB-GYNs are uniquely positioned to care for at-risk patients and offer PrEP, but there is a clear knowledge gap in this area. Surveys have shown that many patients in family planning and women’s health clinics would be interested in PrEP if they had the opportunity to learn about it. It is therefore crucial that providers in these clinical spaces become familiar with the prevention of HIV acquisition through PrEP. This review describes multiple components of PrEP initiation, including lab testing, cost, and follow-up and is a useful reference for providers.

After intrauterine device (IUD) placement, neither the US Selected Practice Recommendations for Contraceptive Use or the Centers for Disease Control and Prevention recommend scheduled follow-up for string checks or other types of monitoring. However, IUD manufacturers do recommend 6-week follow up, and there is mixed data about the utility of string checks. The authors of this research letter identified a lack of information about patient preference for follow-up after IUD placement and conducted a survey-based study to gain improved understanding. Six hundred and three individuals filled out a survey on the day of their IUD insertion and of these, 424 (72%) wished for a follow-up visit with an IUD check. These findings suggest that, despite official recommendations, patients do have concerns about their IUDs after placement and may appreciate the option for follow-up. This information may help providers in planning around IUD placement and counseling.

Most health care sites that provide abortion services with moderate sedation, deep sedation, or general anesthesia have protocols requiring that patients who receive anesthesia be discharged home with a responsible adult escort. This practice is in keeping with the American Society of Anesthesia (ASA) Practice Guidelines, though those ASA authors state that there is insufficient evidence to support this recommendation. In this commentary, the authors examine this common requirement in the context of abortion care. While driving after anesthesia is not advisable due to the known psychomotor delay, many abortion institutions also do not allow patients to leave alone on public transportation, or in taxis or rideshare services. Given the time-sensitive nature of abortion care and the many legal and logistical barriers that limit access to abortion care, abortion patients may be more likely to not have an available escort. Furthermore, depending on individual institutional protocols, the lack of an identified escort may lead to prolonged post-procedure monitoring for patients, medication abortion when a patient would have preferred an abortion procedure, local anesthesia only for patients who would have otherwise chosen more sedation, and/or frank denials of care. Available data from post-procedure complications as well as safety of rideshare services do not indicate an obvious increased risk for post-anesthesia patients who leave without an escort. Practices that provide abortion services should examine whether this escort requirement is creating an unnecessary barrier to abortion care.

4. Tamoxifen for the Treatment of Etonogestrel Implant-Associated Bleeding in an Adolescent Gynecology Practice

The etonogestrel implant is a highly effective form of reversible contraception that can be safely used by adolescents who desire birth control. However, approximately 20-48% of adolescents experience bothersome bleeding while using the implant, and undesirable bleeding remains the most common reason for early removal. Tamoxifen, a selective estrogen receptor modulator, has shown promise in improving bleeding profiles for implant users. In this retrospective chart review, the authors identified 67 adolescent implant users who had received at least one course of off-label tamoxifen (10mg twice daily for seven days). Tamoxifen was well-tolerated, without any adverse events. The authors found that 82% of patients in this sample continued with their implant at 12 months, 55% at 24 months, and 23% at 36 months. These numbers are consistent with other removal rates for all adolescent implant users, including those without bothersome bleeding. While further research is needed about the long-term effectiveness of short courses of tamoxifen for undesirable bleeding patterns, the authors suggest that this may be an appropriate option that can be offered early to patients experiencing bothersome bleeding from otherwise well-tolerated implants.

5. The association between depression and contraceptive behaviors in a diverse sample of new prescription contraception users

Depression is a major cause of disability in the United States, and it disproportionately affects young women. While depression and its relationship to contraceptive use has been studied previously, data has not been consistent, and there is still much to be explored with regard the post-abortion or postpartum period, which are known to be particularly vulnerable time points. The authors of this paper designed a cohort study to examine the contraceptive behaviors of more than 54,000 prescription contraceptive users in Northern California. The authors found that patients with depression were more likely to discontinue their chosen method or use it inconsistently. This association was significant for individuals using pills, though pills were the most common method chosen by all patients. These results suggest that depression may increase a patient’s risk of unintended pregnancy through inconsistent birth control use. This information may be helpful to guide counseling and uptake for both providers and patients. Further research is needed to understand the relationship between depression and the contraceptive behaviors described in this study.

HIV-negative patients with common non-viral sexually transmitted infections (STIs), such as chlamydia, mycoplasma, gonorrhea, syphilis, and/or trichomoniasis, have an increased risk of acquiring HIV infection. This systematic review aimed to provide an updated risk analysis for heterosexual patients by identifying recent high-quality studies. They identified 32 eligible studies, the majority of which focused on female patients engaged in sex work or other high-risk activities. While the risk of acquiring HIV was increased for female participants infected with any pathogen, risks were highest for those infected with mycoplasma (RR 3.10) and gonorrhea (RR 2.81); increased risks for those infected with syphilis, trichomonas, or chlamydia were also statistically significant. Data was less clear among male patients. While the authors note that many studies did not measure or report known confounders such as IV drug use or condom use, providers who treat patients with STIs should be aware of these increased risks of HIV infection and counsel patients on risk mitigation strategies, including PreP.

7. Accuracy of self-assessment of gestational duration among people seeking abortion

Medication abortion with the two-drug regimen using misoprostol and mifepristone is currently FDA-approved through 70 days’ gestation. While gestational age has traditionally been confirmed in a clinical setting using pelvic ultrasound, increased interest in reducing barriers to abortion care using telehealth has led researchers to examine how accurately patients seeking abortion in the first trimester can assess their own gestational age. In this study of more than 1,000 patients seeking abortion at seven distinct sites, the authors administered a series of survey questions designed to estimate gestational age for patients who later had their gestational age assessed by ultrasound. They determined that the combined answers to four questions (whether patients were >10 weeks pregnant, whether patients were >2 months pregnant, whether patients had missed >2 periods, or if patients had irregular periods before pregnancy) correctly identified 93% of patients less than 70 days’ gestation, with 1.7% of participants being incorrectly screened as eligible for medical abortion despite being found to be >70 days on ultrasound. The authors suggest that using gestational age screening questions that do not rely solely on a patient’s last menstrual period may be more effective for remote assessment of gestational age and encourage future discussion about balancing the risk tolerance of patients and providers against the limitation and barriers to patients inherent in requiring in-person care.

Long-acting reversible contraceptive (LARC) methods, such as IUDs and implants, are highly effective and safe forms of reversible contraception. However, discontinuation of these methods requires a provider, making it important to understand patients’ reasons for discontinuation and the difficulty they may encounter in trying to discontinue. In this secondary analysis of data from the 2017-2019 National Survey of Family Growth dataset, the authors identified more than 6,100 female participants between 15 and 49 years old. Approximately 23% of respondents reported ever using LARC methods, and of these, 64% intended to discontinue LARC use at some point. Reasons for removal included side effects (30%), LARC expiration (27%), complications (19%), and pregnancy intention (16%). However, among LARC users, 11% reported difficulty in discontinuing LARC use, most commonly secondary to complications including LARC being moved or lodged (68%), but also 6% with discouragement from providers and 4% with providers unable to remove the LARC. Women who identified as non-Hispanic or other, and those who had no religion identified had the highest proportion of LARC removal difficulty. And 17% of publicly insured patients reported difficulty with removal. The authors conclude that difficulty with LARC removal is common and promote a reproductive justice approach for the health equity of LARC methods by making LARC more accessible to patients who want them and respecting and prioritizing a patient's decision to remove an LARC.