Contrary to popular belief, ibuprofen does NOT work.

From a clinician’s perspective, inserting an intrauterine device (IUD) is a relatively quick procedure. However, during that short time, some patients may experience serious pain, notably when we pass the uterine sound and IUD inserter through the cervical os and up to the fundus. My patients are often worried about this pain and want to take something before their visit to make insertion more comfortable. Is there something we can recommend that actually works?

The appeal of premedication
Premedication has several advantages, especially if patients can take a medication orally prior to the appointment. Taking a medication in advance of the procedure allows it to take effect by the time the patient is in the exam room and prevents interruptions in clinic flow. In the context of IUD insertion, premedication would ideally help reduce the cramping that some patients experience after the procedure, allowing them to return to work, school or other responsibilities, and get themselves where they’re going next without a helper. Unfortunately, the evidence shows that several types of premedication are disappointing in terms of pain control.

Ibuprofen
Ibuprofen is a non-steroidal anti-inflammatory drug (NSAID) widely used for post-procedural pain control. It is often recommended prior to IUD insertion, but there are now 4 randomized controlled trials demonstrating that it doesn’t reduce pain during insertion. These trials studied dosages varying from 400-800 mg. So it’s clear that ibuprofen should not be recommended as a premedication for reducing pain during IUD insertion. Unfortunately, most of these trials did not evaluate post-procedural pain control. The one trial that did found no reduction in pain, but they asked patients 4-6 hours after the procedure. By that point, any effect of the ibuprofen may have worn off. We’d need more research to know for sure whether ibuprofen should be recommended for post-procedural pain control.

What about other types of NSAIDs?

Ketorolac
What if a patient is concerned about pain during IUD insertion but did not premedicate? In this case, another type of NSAID given as an intramuscular gluteal injection may be an option: ketorolac. A recent trial gave ketorolac to patients at least 30 minutes prior to IUD insertion. For women who had not given birth, there was a reduction in pain during IUD insertion. For women who had given birth, ketorolac had no effect on pain during the insertion. But all patients who received ketorolac reported lower pain scores starting at 5 minutes after the procedure when compared to a control group. One potential drawback of ketorolac is pain caused by the injection itself: about one-fifth of study participants felt the pain of the injection was just as bad as the IUD insertion.

Local anesthesia
Local anesthetics given at the time of the procedure may be another route for pain control, though their effectiveness varies depending on type and potency of anesthetic, route of administration, and amount administered. Moreover, it would not help with post-procedural cramping. For more information on this and other anesthetic options, check out the most recent Cochrane Review from 2015 on interventions for pain with IUD insertion.

The takeaway
At the present time, oral naproxen sodium seems to be the best option for our patients who want to take something prior to their visit, though more data will be available in the coming year regarding this recommendation. Meanwhile, you can prescribe it or tell your patients how to purchase it over-the-counter.

There’s definitely room for improvement in our clinical options for reducing the discomfort of IUD insertion. Add a comment below if you have a brilliant idea to test!

Lynn Ngo, MD, MPH is an obstetrician-gynecologist with a special interest in family planning, including making family planning experiences as comfortable as possible for women. She is passionate about providing comprehensive care to all women, and advocates for protecting reproductive choices. She's run 8 half marathons in the past 4 years – though she is still mustering up the courage to do a full marathon!
read more about:problem solving,shoptalk,birth control
read our commenting policy » 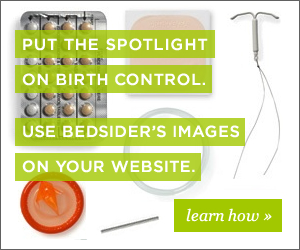 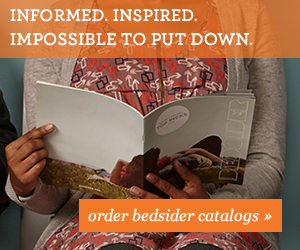 Who is at increased risk of IUD expulsion?