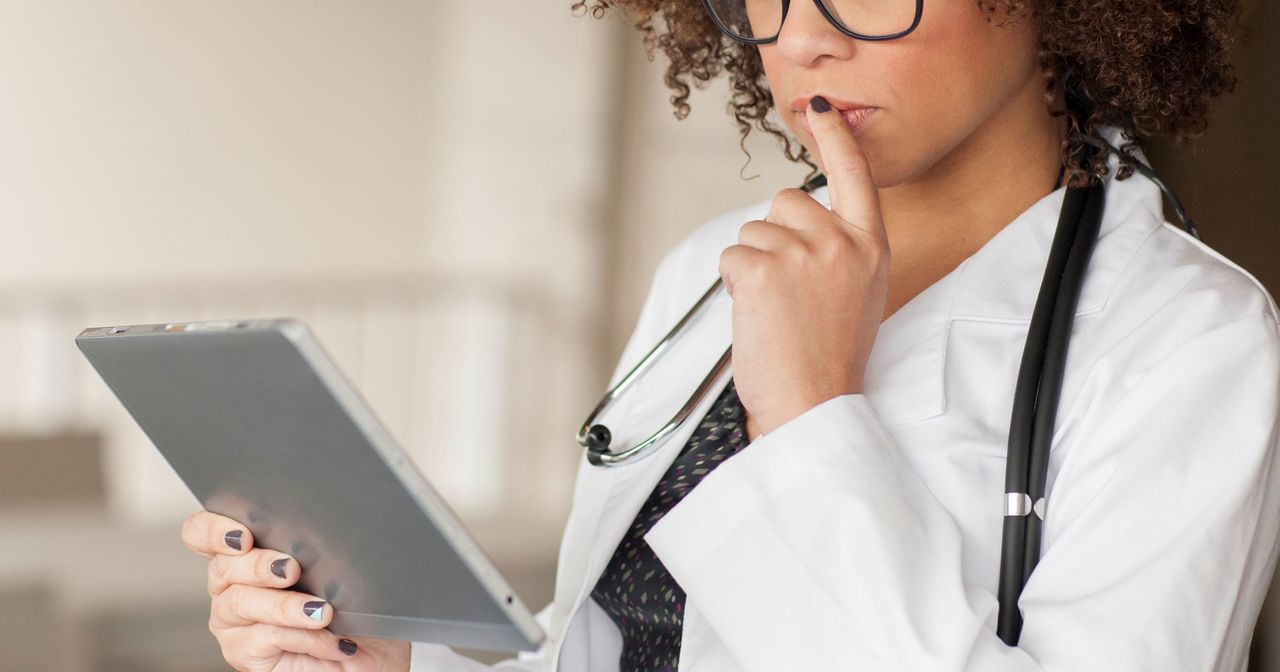 1. Performance of a Vaginal Panel Assay Compared With the Clinical Diagnosis of Vaginitis

Vaginitis is a common reason that patients visit a gynecologist, but traditional diagnostic methods are sometimes imprecise. For many years, providers have relied on wet mounts for diagnosis, in which a swab of vaginal discharge is viewed under a microscope using a specific preparation. However, wet mount has low sensitivity for all three major causes of vaginitis—candidiasis, trichomonas, and bacterial vaginosis (BV). Furthermore, the “gold standard” tests, such as cultures, are often expensive or unavailable. Newly developed DNA-based testing assays may provide more sensitive results. To better evaluate this method, the authors of this study compared a vaginal swab assay to clinical diagnosis, using a laboratory reference standard to determine final results. In all three types of vaginitis, clinical diagnosis missed a large proportion of cases, and this was statistically significant with trichomonas and BV. The authors concluded that further research is needed to broaden the understanding of clinical practice, but that this vaginal assay does seem to improve the accuracy of evaluation for vaginitis.

2. The relationship between hormonal contraception and cervical dysplasia/cancer controlling for human papillomavirus infection: a systematic review

Cervical cancer remains a leading cause of death worldwide, and not all individuals have access to screening or HPV vaccines. Cervical tissue is sensitive to estrogen, and inconsistent evidence has linked oral contraceptives to progression of cervical dysplasia. The authors of this systematic review sought to assess the evidence linking different forms of hormonal contraceptives and cervical dysplasia or cancer. They found seven studies that were considered suitable for review by including duration of hormonal contraceptives use and individual HPV status. There was no significant association between oral contraceptive use and cervical dysplasia or cancer when controlling for HPV status. However, it was not possible to distinguish between progestin-only and combination oral contraceptives. Some studies also considered progestin-only injectable contraception, implants, or IUDs, but there was not enough information to make a conclusion about these methods. Overall, more studies are needed on this topic, in particular ones using rigorous methods allowing to distinguish between pill types, duration of use, and HPV status.

3. Use of naproxen versus intracervical block for pain control during the 52-mg levonorgestrel-releasing intrauterine system insertion in young women: a multivariate analysis of a randomized controlled trial

Levonorgestrel intrauterine devices, or LNG IUDs, are highly effective methods of birth control. However, some patients are deterred by concerns about pain during insertion, and this may also be a barrier for providers, who worry about placing IUDs in nulliparous patients. While many studies have been conducted on pain regimens during IUD placement, there still isn’t a clear consensus on the best methods to diminish pain. The authors of this Brazilian study sought to compare the effectiveness of 550mg naproxen compared to 6cc 2% lidocaine intracervical block for pain relief during levonorgestrel IUD placement. For this study, individuals who received an intracervical lidocaine block had lower pain scores than those who received naproxen. Furthermore, among the naproxen group, patients were more likely to experience severe pain. Nulliparity, uterine sounding, and lower level of training were also associated with more severe pain. However, the authors noted that this study was not blinded, which may have significantly affected results, particularly those related to patient perception of providers’ level of training. Overall, they confirmed that an intracervical block is effective at pain treatment during levonorgestrel IUD insertion; further study is needed to establish utility of naproxen for this purpose.

4. The Intrauterine Device Experience Among Transgender and Gender-Diverse Individuals Assigned Female at Birth

Intrauterine devices (IUDs) are a highly effective reversible form of birth control and may be safely used for contraception by virtually all people with the capacity to become pregnant. Furthermore, levonorgestrel-containing IUDs in particular may be used to decrease menstrual bleeding in patients who have periods. While both these features may be appealing for transgender and gender-diverse individuals assigned female at birth (TGD-AFAB), relatively little is known about the initiation and continued use of IUDs in this population. Using an anonymous online survey, the authors surveyed 105 TGD-AFAB who had used any kind of IUD for at least six months regarding their experiences. Use of the IUD for contraception was common, with 88% of participants reporting that they were in a relationship where it was possible to become pregnant. Further, 79% of participants reported that they used a levonorgestrel-IUD, with 58% of these users reporting that menstrual suppression was their primary reason for choosing this IUD type. While participants did report IUD side effects, few active IUD users desired removal and half of participants who had used an IUD in the past had later had a subsequent IUD placed. Clinicians who care for TGD-AFAB patients who desire effective contraception and/or menstrual suppression should offer IUDs as a possible option.

Self-administration of subcutaneous depot medroxyprogesterone acetate (a.k.a, DMPA-SQ) is a safe, highly effective method of birth control that is endorsed by the World Health Organization, among others. There is also robust evidence showing that DMPA-SQ increases the likelihood of continuation compared to when the shot is given in a clinic setting. Self-administration is an increasingly viable option for patients who may be unable or unwilling to enter health care spaces due to concerns about COVID-19. However, significant barriers exist to accessing DMPA-SQ. Unfortunately, these barriers disproportionately affect Black individuals and those with insurance difficulties. The authors of this commentary describe many of the barriers facing providers and patients who wish to use this formulation of the shot. They finish with suggestions on improving this process, such as provider and nursing education and target prescribing strategies. This article is useful reading for both providers and patients who want to increase their awareness about DMPA-SQ.

Combined hormonal contraceptives (CHCs) are a common choice for patients desiring short-active reversible contraception, with approximately 13% of all reproductive age women in the US using oral contraceptive pills. However, as CHCs are not available over the counter in the US, patients rely on clinician prescriptions and refills to have continued access to their contraception, and limitations on the duration of available prescriptions may impact patients’ ability to access their preferred method of contraception, leaving them vulnerable to unintended pregnancy. In this retrospective cohort study, the authors compared nearly 1700 patients from an integrated health plan that provided a 12-month supply of refills with a cohort of more than 350,000 patients who received a shorter supply. Compared to the group with a shorter supply of refills, patients with a year’s supply of refills were both less likely to fill a prescription for emergency contraception or to have a documented pregnancy. The authors conclude that providing patients with an annual supply of CHCs may reduce unintended pregnancies. Prescribing clinicians should be aware of barriers that may limit patients’ access to CHC, and work to eliminate obstacles that require patients to solicit new prescriptions unnecessarily.

In early October, the Biden administration released its Final Rule on amending the Title X Family Planning regulations. Title X provides federal funding for family planning clinics that provide a broad range of reproductive health and preventative health services in the US, including cancer screening and STI testing for approximately 190 million low income and/or uninsured individuals. In 2019, the Trump administration significantly diminished the Title X family planning network by preventing Title X funding from supporting any clinics with co-located abortion services or that provided abortion referrals for patients seeking them. Accordingly, Title X clinics served far fewer clients, with a decrease from 3.9 million to 1.5 million patients in the two years after the 2019 rule change. The new final rule again permits Title X to “restore access to equitable, affordable, client-centered, quality family planning services for more Americans”, allowing eligible clinics to co-locate with abortion provisions services or provide abortion referrals to those who request them.

For patients seeking combined hormonal contraception (CHC), accessing a clinician for a necessary prescription may present a significant barrier. In recognition of this, recent legislation in certain states, starting with the state of California in 2013, have enabled pharmacists to directly provide CHC prescriptions to patients. Using an online survey, the authors queried 160 individuals who had a contraception visit with a pharmacist in California regarding their experience. Approximately three quarters (74%) of patient reported choosing a pharmacist prescription because they believed it would be faster than waiting for a doctor’s appointment; patients also cited more convenient hours and location of the pharmacy, saving money, and not having a regular PCP. Patients reported high satisfaction levels with their experience, at 97%, with 96% expressing that they would return to a pharmacist for contraception in the future. With nearly a quarter of states now allowing pharmacists to prescribe contraception, this research demonstrates that patients appreciate and value this alternative health care model.

Colleen Denny, MD, is an attending ObGyn at Bellevue Hospital in New York City, where she is the Medical Director of the Women's Clinic, and a clinical assistant professor with the NYU School of Medicine. She enjoys providing care for patients in all phases of life and is especially interested in issues related to contraception access and public health. Outside of work, she’s a runner, a dancer, and a bit of a crossword puzzle nerd.
Emma Gilmore is a fellow in Complex Family Planning at the University of Pennsylvania. She completed her residency in Obstetrics and Gynecology at New York University. She's passionate about reproductive rights, medical education, and combating health care disparities, particularly in sexual and reproductive health. In her free time, she can be found taking her dog on walks around the beautiful parks in and around Philadelphia.
read more about:abortion,research,the shot
read our commenting policy »