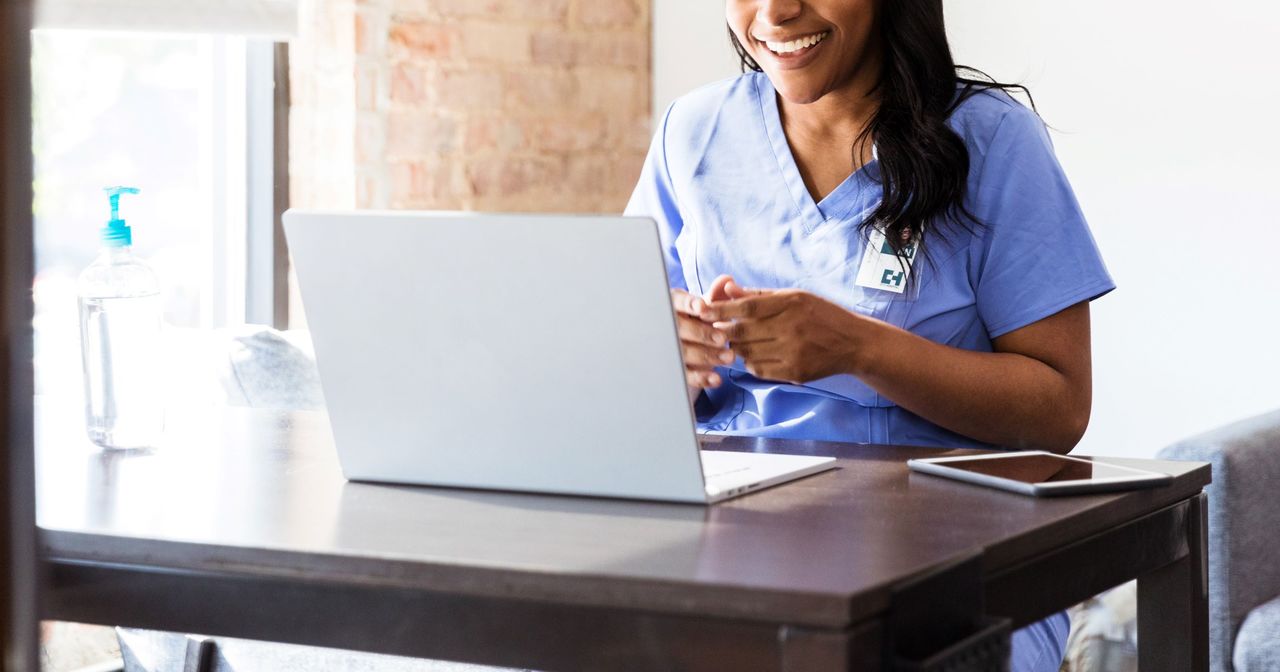 There are two major classes of intrauterine devices (IUDs) available in the United States: copper-containing IUDs and progesterone-releasing intrauterine systems (IUSs). Patients who desire a hormone-free IUD must contend with the known side effect of heavier menstrual bleeding associated with copper IUD use. In this proof-of-concept study, the authors studied the effects of a novel ulipristal-releasing copper IUS on menstrual bleeding, ovulation, and progesterone receptor modulator associated endometrial changes over 12 weeks of use in 29 women not at risk for pregnancy (after personal or partner’s sterilization). The authors found that the number of menstrual bleeding days was decreased in all users, with decreasing bleeding with increasing ulipristal dose. The majority of patients in all ulipristal groups continued to ovulate, and while the authors noted progesterone receptor modulator associated endometrial changes in a minority of patients (21% overall), these changes were all benign. This small study supports the potential for an ulipristal-releasing copper IUS to provide a hormone-free IUD option.

2. A review of the effectiveness of a progestogen-only pill containing norgestrel 75 µg/day

The most commonly used formulation of oral contraceptive pills contains a combination of estrogen and progesterone. Estrogen is contraindicated for some people due to increased risk of stroke and clot formation. While progesterone-only pills are safe for virtually everyone, they are less effective than the combination estrogen-progesterone pills. Accordingly, there is significant interest in identifying a highly effective progesterone-only pill. In this literature review, the authors identified 13 older studies of a progesterone-only pill, norgestrel 75µg/day, that was available on the US market until 2005. In an aggregate of more than 8,500 patients with 36,000 months of use, the authors found that the 12-month cumulative pregnancy rates ranged from 0 to 3.4 over both breastfeeding and non-breastfeeding populations. While the authors caution that these older studies were not reported with the rigor characteristic of modern studies, these data suggest that a norgestrel-only contraceptive pill, currently planned for FDA review in 2022 for over-the-counter availability, could represent an effective, patient-controlled contraceptive option with a very low risk safety profile.

Most birth control pills combine estrogen and progestin in a 28-day formulation, with a small number of placebo pills included to induce a withdrawal bleed. Seasonique has an estrogen-progestin combination of levonorgestrel-ethinyl estradiol and is available as a 91-day formulation, with 84 days of estrogen-progestin pills and seven days of estrogen-only pills intended to decrease menstrual bleeding. However, it is unclear if this extended use is associated with increased risk of venous or arterial clots. In this database cohort study, the authors compared users of the 91-day levonorgestrel formulation to users of 28-day levonorgestrel formulations and used ICD-9 and ICD-10 codes to identify cases of venous and arterial thromboembolism (VTE and ATE, respectively). They found that VTE and ATE were rare in both groups, and that there was not an increased risk for users of the 91-day formulation. Providers offering extended COC use can reassure patients of the comparative safety of this formulation.

Medication abortion (MAB) in the form of mifepristone and misoprostol, which is FDA approved up to 70 days gestational age, would be more accessible to patients if it was offered as part of holistic primary care. Some Family Medicine-trained providers can provide medication abortion, but it is typically not within the scope of Internal Medicine (IM)-trained providers. However, IM providers are the main source of primary care across the United States, and little is known about their perceptions and attitudes about MAB. To better understand this relationship, the authors of this study surveyed IM providers about their willingness to provide MAB in the primary care setting. Nearly half of respondents felt that medication abortion was within their scope of practice, particularly the trainees who responded to the survey. They identified knowledge-based deficits as the major barrier to providing MAB. Overall, these survey results suggest that IM providers may be open to further training in MAB service provision so that they can offer it to patients. More research is needed in this area to continue improving access to abortion care.

5. Preferences for contraceptive counseling and access among abortion patients at an independent clinic in Texas

Patients typically receive contraceptive counseling when they visit an abortion clinic. Some advocates have expressed concern that discussing birth control in this scenario may expose patients to coercion or additional cost. However, limited evidence exists regarding patients’ perspectives on this practice. The authors of this study used a self-administered survey to better understand patient preferences for contraceptive counseling at a Texas abortion clinic. This survey was designed to be filled out by patients in the waiting room. The majority of respondents did not want contraceptive counseling at their visit for an abortion, most commonly because they already knew what method they wanted. For patients who were interested in counseling, many stated that they would accept a handout with written resources. It is important to note that this survey did not capture contraception uptake and was focused on attitudes about counseling. Regardless, these findings further reinforce the idea that contraceptive counseling should be patient-centered to best meet individuals’ needs.

Patients who become pregnant again less than 6-18 months after delivery of a prior pregnancy, sometimes referred to as a short interval, are at higher risk of poor maternal and fetal outcomes. While many obstetrics providers recommend abstaining from sex for at least six weeks after delivery, some percentage of patients will resume sexual activity before this time. In this secondary analysis of a prospective study, the authors examined which patient-reported factors were associated with resumption of sexual activity before one month postpartum. Approximately 10% of patients reported resuming sexual activity before one month, and these patients were more likely to be younger, less educated, less likely to breastfeed, and less likely to have a perineal injury (either episiotomy or spontaneous laceration during delivery). This patient group was also more likely to have intercourse without contraception in the six months after delivery, to be pregnant within those six months, and to report the pregnancy as unplanned. The authors encourage providers working with recently postpartum patients to recognize risk factors for short interval pregnancy and counsel patients on this possibility, including contraception counseling during pregnancy and/or before hospital discharge after delivery.

Although primary care physicians (PCPs) are well-positioned to discuss patients’ reproductive goals, evidence shows that these providers may not be engaging in these conversations due to lack of training or constraints related to time and reimbursement. Furthermore, the Veterans Health Administration (VA) serves a large population of reproductive-age veterans, but surveys show that a minority of these patients have discussed their reproductive goals with a physician. The authors of this study sought to address this issue by developing and piloting a patient-facing tool, “MyPath” to help patients discuss reproductive issues with VA providers. MyPath includes multiple sections that cover topics such as perspectives on pregnancy, the menstrual cycle, and birth control selection. For pilot participants in the study, MyPath was highly acceptable and provided new knowledge. A significantly larger proportion of individuals subsequently discussed reproductive issues with providers after using MyPath. While larger-scale research is needed, these results suggest that this tool could positively impact counseling on reproductive health in the primary care setting.

8. Effectiveness of Contraceptive Decision Aids in Adolescents and Young Adults: A Systematic Review

Adolescents and young adults (AYA) have high rates of unintended pregnancy, which is often related to lack of access to information about contraception, or insufficient adherence to methods. While many decision aids already exist to help patients choose a birth control method, these aids may not be appropriate for the specific needs of the AYA population. The authors of this study performed a systematic review of studies examining the effectiveness of existing decision aids for AYA. They identified 10 different decision aids that have been studied in this population. Although a great deal of heterogeneity among aids prevented the authors from analyzing all variables, they found that these aids to help AYA build contraceptive knowledge, at least in the short term. However, they noted that further research is needed to better understand the AYA population regarding the use of contraception decision aids, particularly for long-term outcomes.

Long-acting reversible contraception (LARC) such as implants and IUDs are highly effective methods of birth control that require little ongoing user input and allow users to return quickly to baseline fertility after discontinuation. However, use of LARC remains comparatively low in US populations, particularly among adolescents and young adult women. In this systematic review, the authors examined how the social networks of patients in this age group could potentially impact their choices around LARC use. In 29 articles that examined different aspects of a patient’s social network, the authors determined that health care professionals had an important impact on young patients’ LARC-related decisions; while family and peers also had influence, they could be potentially sources of negative or misleading information for patients. The authors identified little high-quality information on the impact of a patient’s sexual partner in their LARC-related decisions, and less information generally about the contraceptive implant. The authors urge health care providers to embrace their roles as high-impact sources of information regarding LARC, and to consider directly addressing potentially inaccurate information that may come from other corners of a patient’s social network.

Colleen Denny, MD, is an attending ObGyn at Bellevue Hospital in New York City, where she is the Medical Director of the Women's Clinic, and a clinical assistant professor with the NYU School of Medicine. She enjoys providing care for patients in all phases of life and is especially interested in issues related to contraception access and public health. Outside of work, she’s a runner, a dancer, and a bit of a crossword puzzle nerd. Emma Gilmore, MD, is a fourth-year resident in Obstetrics and Gynecology at New York University. She's passionate about family planning, medical education, and combating health care disparities, particularly in sexual and reproductive health.
read more about:abortion,#freethepill,research
read our commenting policy »

Birth control options for people with rheumatic and musculoskeletal diseases