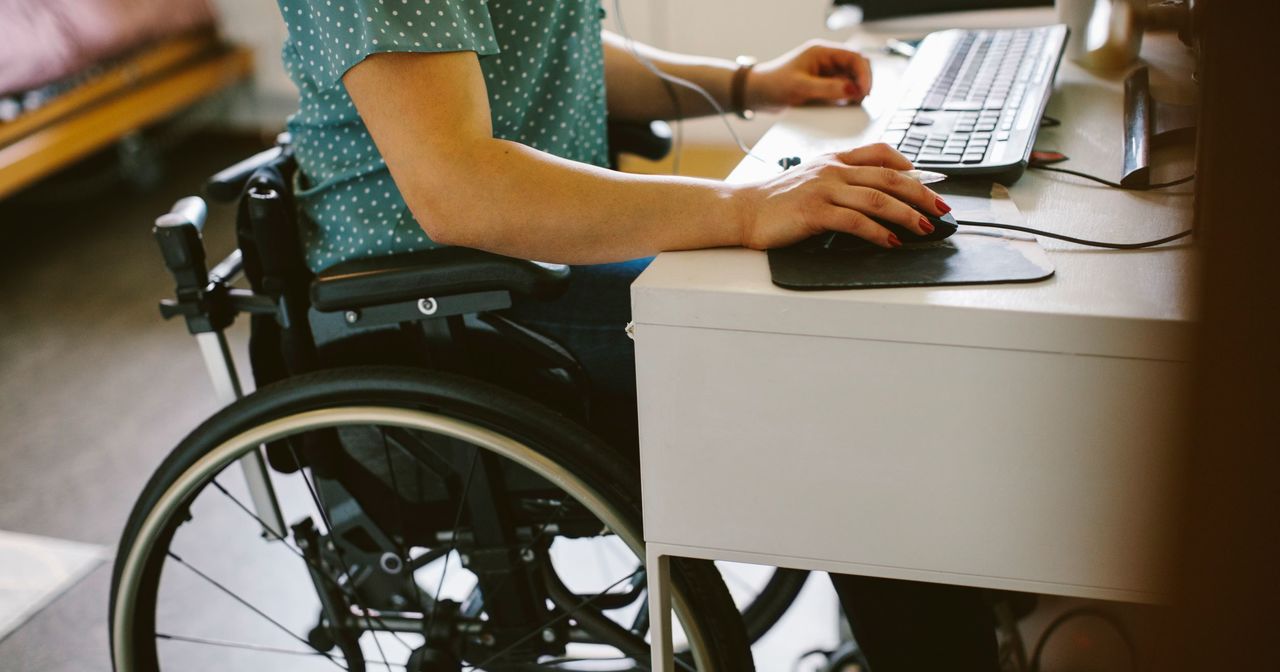 2. Transcutaneous Electrical Nerve Stimulation for Pain Management of Aspiration Abortion up to 83 Days of Gestation

Patients may experience pain during surgical abortion in different ways, and abortion providers may offer a variety of different modalities to alleviate discomfort, though most use pharmaceutical means. In this noninferiority, single-blind RCT, the authors compared transcutaneous electrical nerve stimulation (TENS) with IV sedation with fentanyl and midazolam for patients undergoing first trimester surgical abortion. Among 100 patients included in the per-protocol analysis, the authors found that pain scores were non-inferior in the TENS group, though they noted that 9 of the patients (16%) initially assigned to the TENS group required rescue IV sedation medication during the procedure. TENS may represent a safe and effective pain control modality for patients undergoing surgical abortion, either independently or in conjunction with other methods.

Opioid use disorder (OUD) is an increasingly devastating public health epidemic, with nearly 50,000 deaths in 2019 attributed to opioid-involved overdoses. Some abortion providers offer opioids to their patients for post-operative pain control, and it is unclear whether this practice potentially contributes to OUD. In this study of claims data from commercially insured patients, the authors identified more than 28,000 patients who underwent D&C or D&E between 2014 and 2018. Of these, 8.3% subsequently had a prescription fill for an opioid medication. The authors then compared those patients who had an initial fill to the broader patient population. They found that 10% of those who had an initial opioid fill subsequently had a refill within 42 days, whereas chronic opioid use in the subsequent year was identified in only 0.4% of the patients without an initial opioid fill. While the authors note that a commercially insured population may not be fully applicable to the broader population of patients seeking surgical abortion, abortion providers seeking to minimize risk for their patients should be mindful of the potential long-term consequences of overprescribing opioids.

Individuals struggling with OUD are also known to face high rates of unintended pregnancy and difficulty in accessing family planning services. Patient navigators are community- or hospital-based staff members who help patients overcome barriers to care and demystify the health care system. The authors of this study hypothesized that patient navigators, specifically peers who were already familiar with the stigma and trauma associated with OUD, would help these individuals gain improved access to reproductive health care. To this end they designed a randomized controlled pilot study in which peer-led navigators helped link individuals with OUD to family planning services. Their findings suggested that this program was feasible, acceptable, and successful, linking significantly more participants (36% vs 14%) to family planning appointments. More research is needed on this initiative, which could have a large and positive impact on care delivery for patients with OUD.

There are relatively few options for male-controlled contraceptive methods on the market, and even fewer that are reliably reversible. While there have been recent attempts to identify an effective form of reversible hormonal male contraception (HMC), side effect profiles of many potential agents have limited their development. In this survey study from participants in a Phase I trial of a novel oral agent termed 11β-MNTDC, the authors queried participants on their satisfaction with the drug and their side effect profile. Seventy-two percent of the 40 responding participants reported satisfaction with the drug, and 92% would recommend the drug to others; slightly less than a third of the respondents reported bothersome side effects. In open-ended questions, participants offered their own perceptions of the benefits of such an HMC, such as the potential for men’s involvement in pregnancy prevention, the alleviation of women's contraceptive burden, and an alternative to condoms. While future trials of this agent are required for FDA approval and market availability, participants’ experiences and perceptions suggest that such an agent would be both acceptable and welcome to male patients seeking contraception options.

Many patients may see an Advanced Practice Clinician (APC) such as a nurse practitioner, physician associate, or certified nurse midwife as their primary general health care provider. Accordingly, it is important to know how APCs interact with patients with undesired pregnancies. In this survey study in Colorado, the authors surveyed ACPs and rural health physicians regarding their practices surrounding abortion and undesired pregnancy. Of the 419 respondents who provided pregnancy testing in their practice, the authors found that variable percentages of these APCs were willing to present parenting, adoption, and abortion as options (95%, 90%, and 81%, respectively); smaller percentages of each of these felt that were able to counsel on these options (80%, 71%, and 54%, respectively). Less than half (48%) of APCs were willing and able to provide counseling on all three options. Of those providers that responded they were not willing to present abortion as an option, 63% were unwilling because of religious or personal objections and 45% because of lack of knowledge. This data suggests that many APCs are not able to provide accurate pregnancy options counseling to their patients due to personal beliefs, institutional, or knowledge-based reasons, and that there may be opportunities for further training among this group of providers.

Timing of pregnancy discovery has an enormous impact on an individual’s ability to obtain an abortion. And depending on a patient’s gestational age, they may not have the option of a medication abortion. Furthermore, if a pregnancy is discovered in the second trimester, not only does this limit access in parts of the United States, but it also increases many of the logistical barriers to care, such as duration of the procedure and cost. Therefore, it is crucial to understand the factors that are related to timing of pregnancy discovery. The authors of this study used survey data from the Turnaway Study to explore timing of pregnancy recognition. Participants seeking second trimester abortions reported pregnancy discovery after eight weeks from their last menstrual period; delayed recognition was often associated with lack of pregnancy symptoms or other medical conditions masking changes in baseline health. Patients were more likely to experience pregnancy recognition after 13 weeks gestational age if they had never given birth previously or if they had used hormonal contraception around the time of conception. These findings reveal more about the context of pregnancy recognition for the patients who are likely to be most affected by laws limiting second trimester abortion.

8. Abortion Access for Incarcerated People: Incidence of Abortion and Policies at U.S. Prisons and Jails

Incarcerated individuals have a constitutional right to abortion, but evidence suggests that abortion access is severely limited in jails and prisons. The authors of this study collected prospective data on 22 state prison systems to better understand abortion and policy with regard to incarcerated persons. Of the state prisons that were studied, 14% did not permit abortion at all, and of those that did, more than 60% required payment from the individual seeking abortion. Regarding county jails, four out of six allowed abortion, but one quarter required payment. Among the incarcerated individuals studied, the proportion of pregnancies ending in abortion were 1.4% for prisons and 18% for jails. The authors found that many sites had inconsistent or lacking policies on abortion. These findings suggest that abortion was relatively uncommon in US jails and prisons over the 1-year period that was studied. Although it was not possible to assess pregnancy intention, these low rates and difficulty in access raise concerns for the presence of reproductive coercion in the carceral system. There is a clear need for further reproductive access and equity for incarcerated individuals.

Prior to the COVID-19 pandemic, access to abortion was becoming increasingly limited in multiple states across the US Midwest and South. However, the pandemic created further barriers to care for many patients. With this in mind, the authors of this study sought to capture the characteristics of patients undergoing abortions at four facilities in Arkansas, Oklahoma, and Kansas, both before and during the COVID-19 pandemic. According to results, patients seeking abortion during the pandemic traveled more miles, and the rate of medication abortions increased. However, patients traveling from out-of-state were more likely to have traveled more miles, opt for abortion procedures, have a lower educational status, and identify as Black. These findings suggest that increases in restrictions leads to burdens on patients who are already dealing with systemic challenges, and delays in care may lead to the increase in abortion procedures for this group. The COVID-19 pandemic has exacerbated underlying inequalities in delivering abortion care to specific parts of the United States, necessitating recognition and legislative overhaul.

The umbrella term “emergency contraception” (EC) includes multiple, highly effective methods of preventing pregnancy. The US Selected Practice Recommendations for Contraceptive Use (US SPR), published in 2013, includes recommendations on EC use for providers. However, evidence suggests that many providers are not comfortable with all methods of EC. The authors of this study surveyed providers both around the time of (2013 and 2014) and after (2019) the publication of the US SPR in order to assess their practices with regard to advance prescriptions of EC, use of the copper intrauterine device as EC, and provision of EC at the same time as other contraception methods. Providers in 2019 frequently provided EC at the same time as regular contraception but did not show increases in other EC practices as compared to 2013 and 2014. Overall, these findings show that more can be done to educate providers about different ways of delivering EC to patients, and more research is needed on the specific barriers preventing this from happening.

Colleen Denny, MD, is an attending ObGyn at Bellevue Hospital in New York City, where she is the Medical Director of the Women's Clinic, and a clinical assistant professor with the NYU School of Medicine. She enjoys providing care for patients in all phases of life and is especially interested in issues related to contraception access and public health. Outside of work, she’s a runner, a dancer, and a bit of a crossword puzzle nerd.
Emma Gilmore is a fellow in Complex Family Planning at the University of Pennsylvania. She completed her residency in Obstetrics and Gynecology at New York University. She's passionate about reproductive rights, medical education, and combating health care disparities, particularly in sexual and reproductive health. In her free time, she can be found taking her dog on walks around the beautiful parks in and around Philadelphia.
read more about:abortion,barriers to access,birth control,research
read our commenting policy »