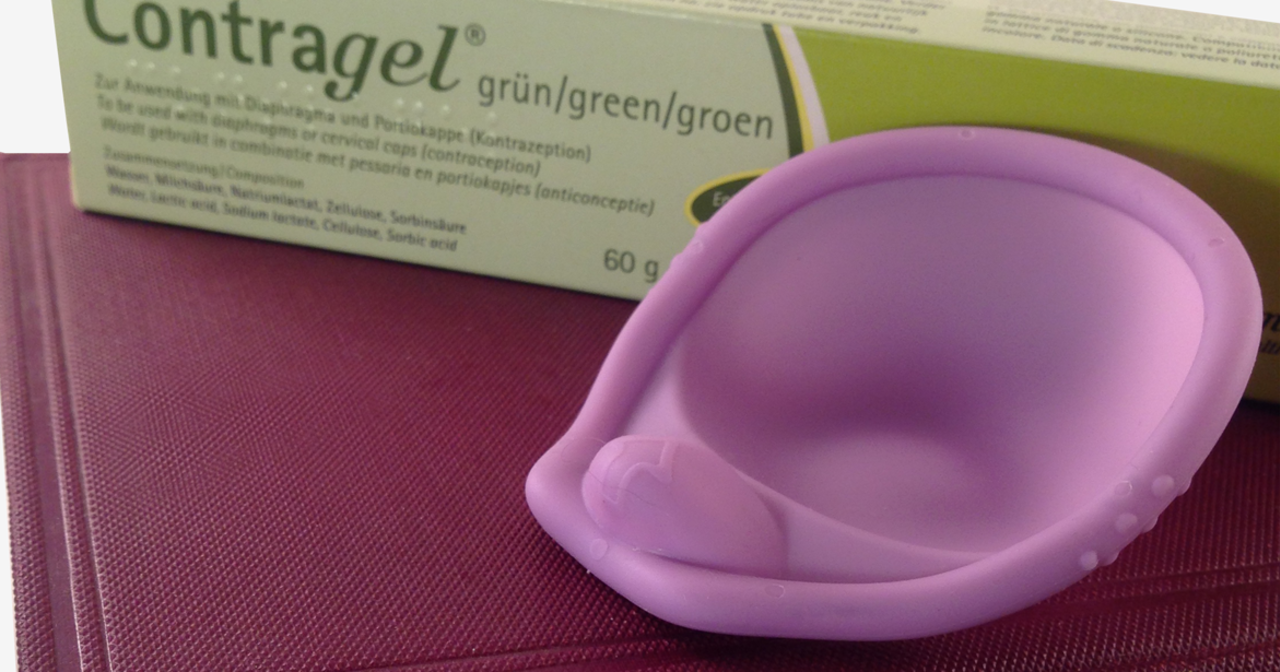 The new Caya diaphragm pairs well with some spermicide and the oldest birth control method.

By Heather, reposted from Bedsider.org.

I’ve lost count of how many different forms of birth control I’ve attempted since I became sexually active. I’ve tried the ring (The Nuva one, not the wedding kind, har har har), pills of all stripes, copper coils, and condoms, oh my! Once upon a time, thanks to the lovely folks over at Aphrodite Women’s Health forum, I even tried a once-a-week non-steroidal birth control pill available only in India called Saheli.

A few years back, I switched to the sympto-thermal fertility awareness avenue with a little device called Pearly, a cute pocket-size computer and thermometer with an accuracy of 99.3% that tracks and stores your daily basal body temperatures and menstrual cycle, and gives you fertility feedback in the form of red, green, and yellow lights. The updated iteration of Pearly is called Daysy, a much smaller thermometer equipped with more advanced features, designed to sync up to its own smartphone app. The future is now, y’all.

For the last year, I’ve been somewhat lazily relying on fertility tracking with the Clue Period and Ovulation Tracker app, which doesn’t track temperatures, but estimates your fertile days based on menstrual cycle data. I use the withdrawal method for the majority of my cycle, and avoid sex on my fertile days (mostly). That said, I’ve started reevaluating my invincibility (“Me? Get pregnant? It could never happen to me!”) and researching additional protection for those fertile days when I do decide to have sex.

The part where I find out about Caya

That’s where the Caya comes in. I love putting silicone things in my vagina, so I was very intrigued when I learned that the FDA had just approved a silicone one-size-fits-most non-hormonal diaphragm that was designed using feedback from women. This diaphragm, called Caya, is now available by prescription in the U.S.

In the past, I considered getting a diaphragm or cervical cap, but all of the options available looked painfully clinical and unappealing. I guess that makes me superficial. So be it. My vagina is a snob. I wanted, nay, needed to get my hands on the Caya right away, even if it meant doing so through the black market diaphragm pipeline known as eBay Canada. I couldn’t wait to get the device in my hands. Because I’m impatient. And because I desperately wanted to be the coolest kid on the block with my newfangled doo-hickey.

I threw down $80 bucks, and $25 more for a tube of ContraGel, a vegan, spermicidal jelly made from body-safe lactic acid that boosts the effectiveness of the diaphragm by killing sperm and creating a tight seal. (All the spermicides sold in the U.S. contain an active ingredient called nonoxynol-9, but if you want to try ContraGel instead, you should be able to order it online.)*

The Caya is not intended to prevent STIs, so if that’s a concern, condoms are your best bet. (Or use both!) In addition, you shouldn’t use silicone lube with the Caya, as it’s made from a very thin sheet of silicone, which is potentially degradable in the presence of other silicone products. Structural integrity is very important when it comes to blocking little swimmers! Stick with water-based lubricant and you’ll be golden. Caya should last two years with regular use.

The part where I try Caya (and love it)

A French Canadian parcel found its way to my mitts, and I tore it open like a kid on Christmas. Therein lay a little squishy contraception contraption of modern ingenuity nestled in a clamshell-shaped plastic case. I contacted Planned Parenthood and set up an appointment to make sure it fits properly. If you’ve already been fitted for a diaphragm in sizes 65, 70, 75 or 80 mm, you can skip this step.

“Is that the new diaphragm?” The nurse practitioner squealed, “This is the first time I’ve seen it!” She was especially impressed that it had nubby grip dimples on each side for easy removal. Apparently removing the old school diaphragms required a bit of skill and effort. I beamed with a goofy sense of pride as I slid the lubed up diaphragm into my vadge. After she prodded and poked my cervix to ensure that it fit, she sent me on my way. I decided to leave it in on the bus trip home as the first real-world comfort test. I felt absolutely nothing. I actually forgot it was inside me by the time I got home.

Inserting the Caya was easy, way easier than inserting a menstrual cup (which I still consider pretty easy, but my vagina lends itself to a menstrual cup and I recognize this isn’t the case for everyone).

The Caya diaphragm, when squeezed for insertion, is super pliable and folds together to become remarkably narrow. It’s simple—squeeze about a teaspoon of spermicidal jelly into the cup, smear a little bit more around the rim, and push it into your vagina like an applicator-less tampon until the little grasping handle fits snugly behind your pubic bone. Leave it in for at least 6 hours after you have intercourse, and no longer than 24 hours.

I’m still not going to let my partner ejaculate inside me. I sometimes end up with UTIs when he does that. There was something about knowing he could if we wanted, which made intercourse extra hot. He told me he couldn’t feel it inside of me with his penis, and I couldn’t feel his penis getting snagged on it, or bumping up against it. It felt exactly like unprotected sex, but with a tad bit more fullness owing to the fact that there was a bit more “stuff” inside me than just his penis.

No vaginal irritation from the ContraGel, either. Score! The Caya is badass!

*Editor's Note: The Caya diaphragm should be used with some type of spermicide. In Europe and Canada it's sold with Caya® Gel, which is identical to the ContraGel Heather writes about. Neither Caya® Gel nor ContraGel have gone through the FDA approval process to be sold in the U.S. If you prefer an FDA-approved spermicide, you can combine Caya with one of the nonoxynol-9-based spermicidal gels or jellies sold in the U.S.

“Heather” (not her real name) is a body-safe sex toy review blogger who also makes and sells upcycled wedding dresses. She lives in the Pacific Northwest with her boyfriend and their cat, Devil Ball, and is addicted to punning, coconut milk mochas, and documentaries.