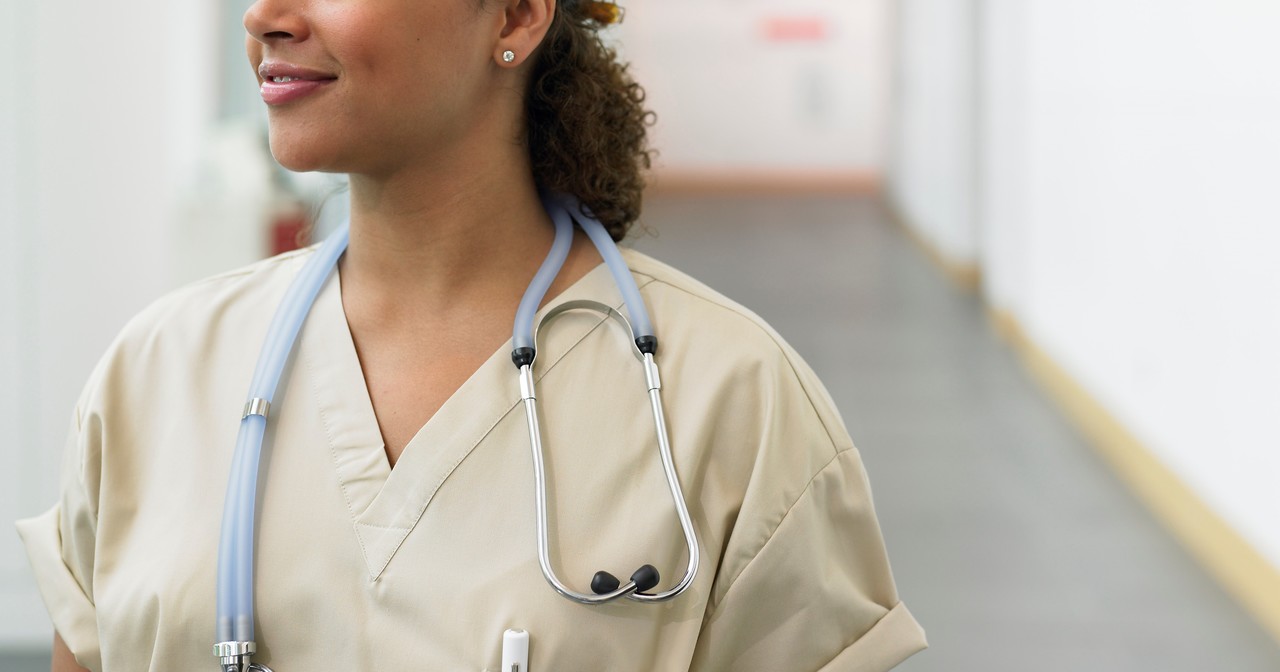 1. Verbal analgesia is as good as oral tramadol prior to intrauterine device (IUD) insertion, among nulliparous women: A randomized controlled trial

While an intrauterine device (IUD) is a highly effective form of long-acting reversible contraception (LARC), patients may be deterred from its use for fear of pain with insertion and knowing this, providers may hesitate to recommend it to nulliparous patients without a previous history of IUD use. In this randomized controlled trial, the authors surveyed 54 nulliparous patients having their first IUD placed in the clinic setting to determine whether premedication with oral tramadol was superior to the use of “verbal anesthesia” alone. All providers were trained in verbal anesthesia techniques, characterized as frequent communication with low voice volume, slow speech, and low timber and pitch of speech. The authors found no difference in pain scores or in complications between the two groups, suggesting that providers using these verbal anesthesia techniques can forego premedication with tramadol without compromising patient experience.

2. The potential for intramuscular depot Medroxyprogesterone acetate as a self-bridging emergency contraceptive

“Self-bridging emergency contraception” is birth control that not only works as an emergency contraceptive (EC), but also provides ongoing protection against pregnancy after being used as EC. Currently the only approved self-bridging EC method is the copper IUD (Paragard). The authors of this study sought to determine whether intramuscular depot medroxyprogesterone, also known as Depo-Provera or DMPA, could be used for this purpose. They followed a cohort of 26 women, tracking the size of their ovarian follicles and hormone levels, to determine whether their ovulatory cycles were disrupted in response to the DMPA injection. DMPA suppressed or disrupted ovulation in about 65% of participants, suggesting that it may have a promising role as a self-bridging emergency contraceptive. However, this initial study group was small and relatively homogeneous so further research is needed to adequately assess its utility in a larger group of patients.

While many patients seeking to avoid pregnancy may prefer to use oral contraceptive pills for reasons of convenience, familiarity, and/or ability to self-discontinue, approximately 13-29% of the patient population cannot safely use combined estrogen-progestin oral contraceptives because of contraindications to estrogen usage. Currently marketed progesterone-only pills require careful timing of dosing and are associated with irregular spotting, which may lead to discontinuation. In this phase 3 trial, researchers investigated the efficacy and safety of a new progesterone-only pill using drospirenone. The trial recruited approximately 1,000 women to an oral drospirenone 4 mg 24/4-day regimen; 352 of these participants completed 13 cycles. There were 12 women with confirmed on-drug pregnancies over 5,835 exposure cycles, with a calculated Pearl Index of 2.7. There were no venous thromboembolic events reported, mean blood pressure decreased over time, and rates of hyperkalemia was 0.5%. The researchers concluded that this new progesterone-only pill could provide a reliable and safe form of oral contraception for patients unable to use combined oral contraceptives.

4. Adoption of no-test and telehealth medication abortion care among independent abortion providers in response to COVID-19

At the onset of the COVID-19 pandemic, many abortion providers made changes in their existing workflows and practice patterns to try to continue providing time-sensitive abortion care without compromising patient safety. In this survey study, researchers queried 100 independent abortion clinics about their practice changes with medication abortion since the onset of the pandemic. They found that the grand majority (87%) had made some changes, including using phone or video telehealth for follow-up (71%) or consultations (41%), reducing Rh testing (43%), foregoing the pre-abortion ultrasound (15%), and/or mailing abortion medications directly to patients after telehealth consultation (4%). Facilities in the northeast were more likely to have adopted telehealth than facilities in the south (73% vs 23%). The researchers concluded that while the pandemic had been an important factor in facilitating the use of telehealth in abortion care, certain aspects of the “no-test” medication abortion protocol had higher uptake than others, and regional differences were dramatic.

5. Medical regimens for abortion at 12 weeks and above: a systematic review and meta-analysis

While the combination of misoprostol and mifepristone for medication abortion has been approved by the FDA through 10 weeks and has been studied through 11 weeks, there is less information about how to manage medication abortion after 12 weeks. In this systematic review and meta-analysis, the authors analyzed 43 reports examining regimens of mifepristone and/or misoprostol for medication abortion after 12 weeks. They determined that the addition of mifepristone 1-2 days before initiating misoprostol was associated with lower ongoing pregnancy rates, as was the subsequent dosing of 400mcg of misoprostol every 3 hours. However, there was less available information about the optimal route of misoprostol dosing (vaginal vs buccal vs sublingual). Providers who manage medical terminations of late first trimester and second-trimester pregnancies can use this meta-analysis to guide their practice patterns.

Since 2013, the town of Vantaa, Finland has offered three LARC options to patients for free: the levonorgestrel IUD, the copper IUD, and the implant. The majority of individuals in Vantaa chose the levonorgestrel IUD, at 59%, and they were less likely to discontinue this method than patients who chose one of the other two methods. Patients’ most frequently cited reason for discontinuation was abnormal bleeding patterns. Discontinuation was also associated with younger age and a native language other than Finnish or Swedish. The authors theorized that this may be linked to a lack of understanding or education regarding LARC for these patients. Overall, these results highlight the necessity for clear counseling and anticipatory discussion of bleeding pattern changes when counseling patients about these LARC methods.

Tenofovir disoproxil fumarate and emtricitabine (marketed as Truvada) is approved by the FDA for preexposure prophylaxis (PrEP) for patients at risk for human immunodeficiency virus (HIV) infection through receptive vaginal intercourse, with efficacy rates approaching 90%. ACOG and the CDC recommend preexposure prophylaxis for any person at risk for HIV acquisition, including those that have tested positive for gonorrhea and/or syphilis in the previous 6 months. Despite these recommendations, rates of preexposure prophylaxis prescription rates are extremely low among at-risk women (estimates range from 2% to 6% for eligible women), particularly among women of color. More than 7,000 US women are newly diagnosed with HIV infection each year. In this editorial, the authors examine the reasons for this gap in care, including the exclusion of women from research studies, gaps in knowledge among health care providers, implementation difficulties in prescribing and monitoring for smaller clinics, and systemic racism that affects effective care for uninsured and underinsured populations. The authors call for health care providers to ensure that patients know about the option of PrEP and have the ability to access it. Need to learn more about how to offer PrEP in your practice? Check out this guide from Bedsider Providers.

It is common for providers to face questions regarding contraceptive use and fecundability, the probability of achieving pregnancy within a menstrual cycle after discontinuation. While some studies exist on combined oral contraceptives, less is known about other methods, including LARC methods, which are used by more than a tenth of reproductive-aged women in the United States. For this study, researchers pooled data from Denmark and North America in order to compare fecundability after use of a large range of hormonal contraceptives among almost 18,000 women. Methods of contraceptives studied included the combined oral contraceptive pill, the patch, the IUD, and the injection. Overall, the authors found that return of fertility was shortest (1-2 cycles) after the IUD, and injectable contraceptives were associated with the longest return to fertility, as long as 8 cycles. However, there were no long term effects on fecundability for any of the studied methods. This information is helpful for counseling patients on what to expect after discontinuing birth control.

The relationship between sex hormones and asthma is a topic of extensive research, but it is still not fully understood. It seems that symptom severity may be affected by fluctuations of estrogen and progesterone during the menstrual cycle. For this study, researchers evaluated the associations between different types of hormonal contraceptives and severe asthma exacerbations. They used a patient care database in the United Kingdom to evaluate large-scale population data over the course of 17 years. The authors found that any use of combined hormonal contraceptives reduced the risk of severe asthma exacerbation when compared to no use. Stratifying results by BMI and smoking did not change results. Further studies are needed to better understand the mechanisms behind these findings, but this information can be useful when counseling patients who suffer from severe asthma.

Colleen Denny, MD, is an attending ObGyn at Bellevue Hospital in New York City, where she is the Medical Director of the Women's Clinic, and a clinical assistant professor with the NYU School of Medicine. She enjoys providing care for patients in all phases of life and is especially interested in issues related to contraception access and public health. Outside of work, she’s a runner, a dancer, and a bit of a crossword puzzle nerd.
Emma Gilmore is a fellow in Complex Family Planning at the University of Pennsylvania. She completed her residency in Obstetrics and Gynecology at New York University. She's passionate about reproductive rights, medical education, and combating health care disparities, particularly in sexual and reproductive health. In her free time, she can be found taking her dog on walks around the beautiful parks in and around Philadelphia.
read more about:abortion,birth control,get on top,how to,research,PrEP,HIV
read our commenting policy » 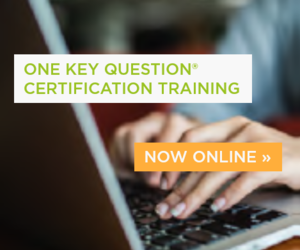